Seduction through the Geometric, the Regular, the Symmetrical

The pictures confront us with unique views of elements. They focus on the colors and shapes in detail and leave aside the manifold abundance of the surroundings. In this way, they unfold the power of the Particular: Something familiar, but exactly like this we have not seen things before.
Nguyen likes to play with the seduction of the geometric, the regular, the symmetrical. We find this everywhere as evidence of the constructive power of a design-oriented towards the ideal. Perfection is thus assumed, as is the case with the impressively harmonized light and color gradients or surface textures.
At the same time, the viewer is placed in an ideal position, from which interest in what is depicted can unfold. On the other hand, we are stimulated to let our imagination roam based on what is shown. Because in the stylization we find numerous occasions to associate moods and longings. All in all: anyone who gets involved with Michael Nguyen's pictures will experience enrichment.
Prof. Dr. Rainer Funke

You may also like written by Prof. Dr. Rainer Funke:
- Perfection in Blue-White: The BMW Architecture Ensemble in Munich
- The Power of Design and the Contradictions between Art and Life
- Calmness in Sight

Infos about the series "By the Roadside" 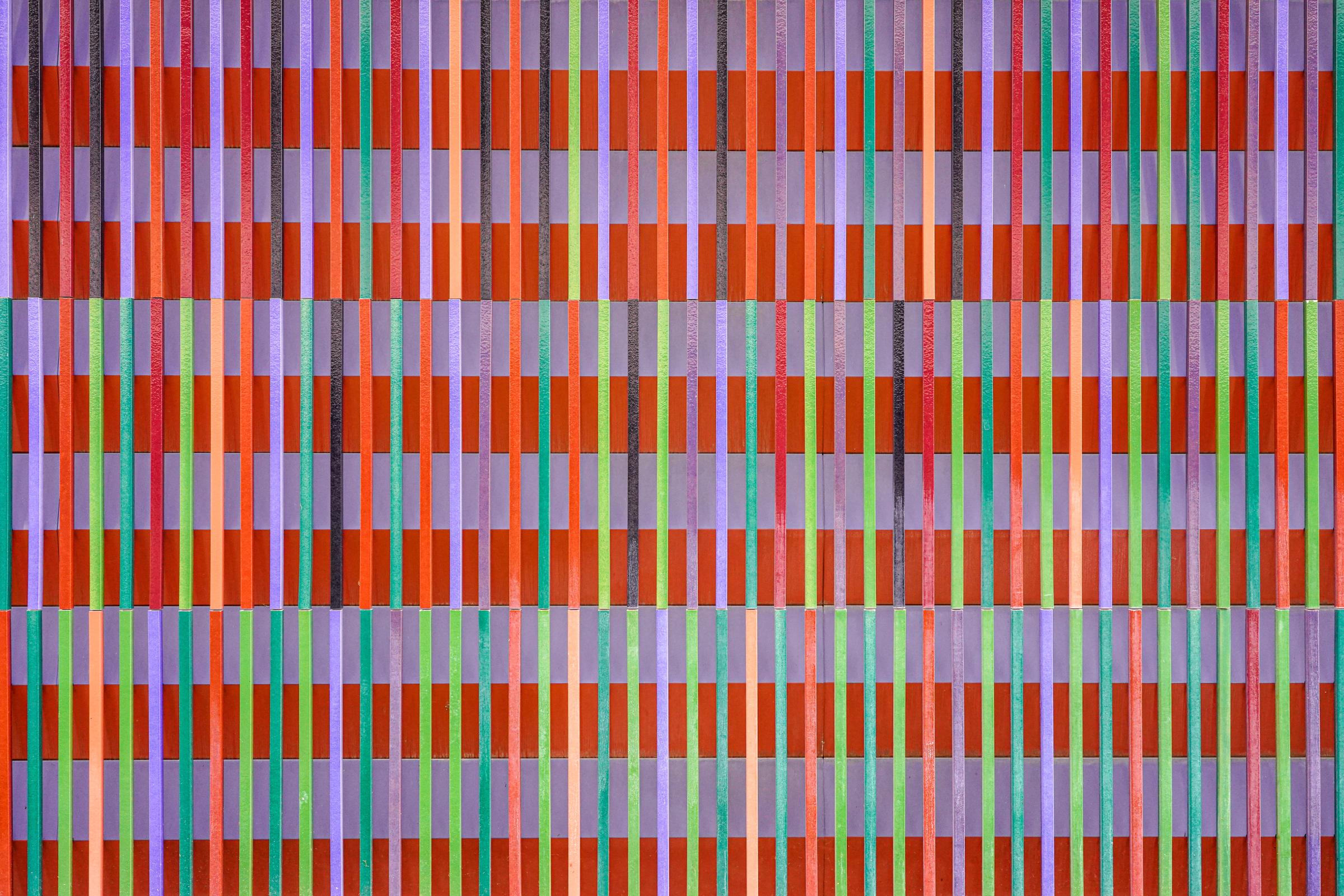 Munich Germany
# 3762
11/2022
The Brandhorst Museum of Modern and Contemporary Art in the Kunstareal district of Maxvorstadt in Munich has a colorful facade designed in a total of 23 different colors, consisting of three different color families. A total of 36,000 square, vertically mounted ceramic rods are placed at some distance from each other in front of the concrete walls. Depending on the viewing angle and distance, the viewer is presented with different visual impressions. Architects Sauerbruch Hutton. 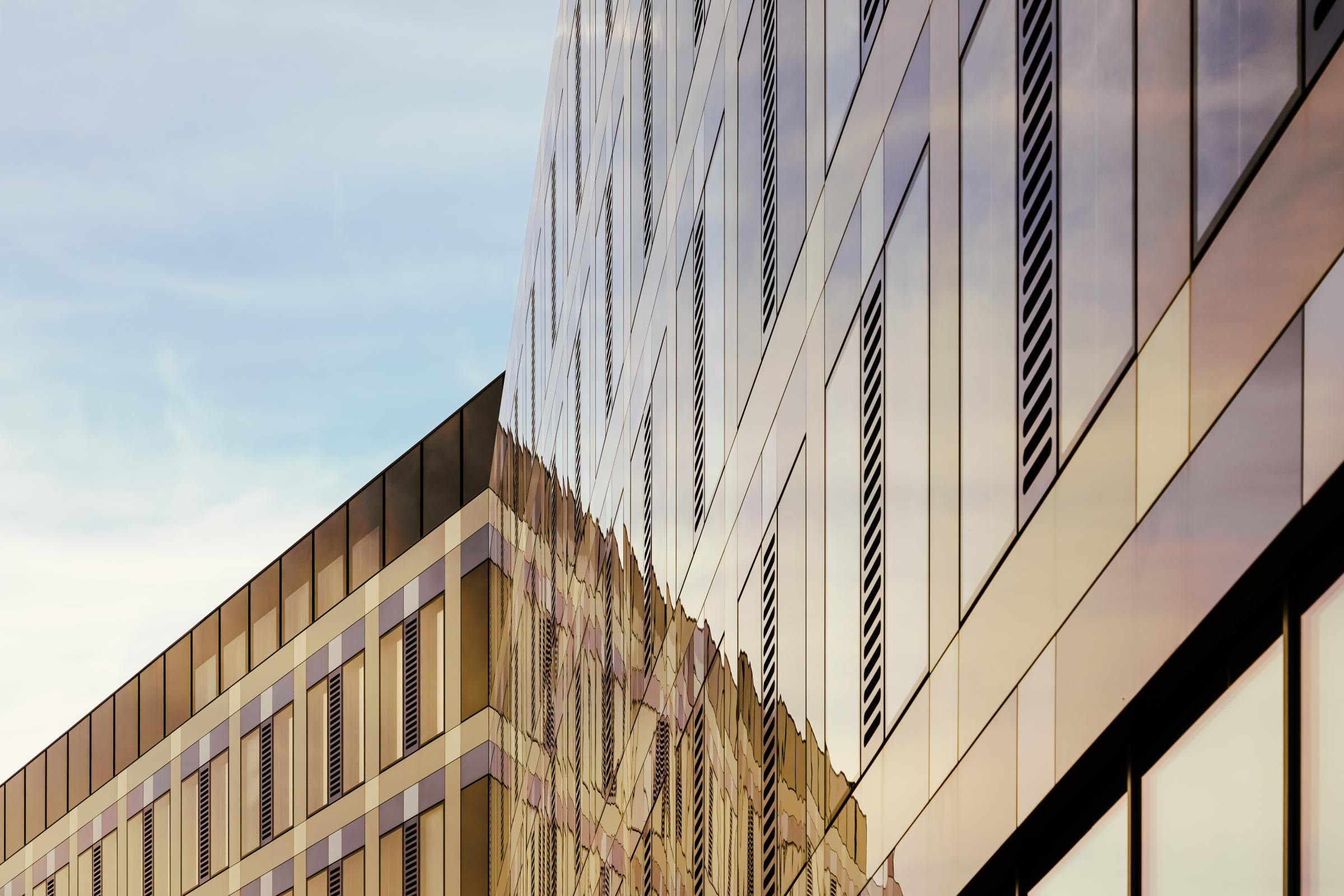 Luxembourg City, Luxembourg
# 3773
7/2022
At first glance, we think we see a reflection. However, it is a view through a glass facade onto a house. 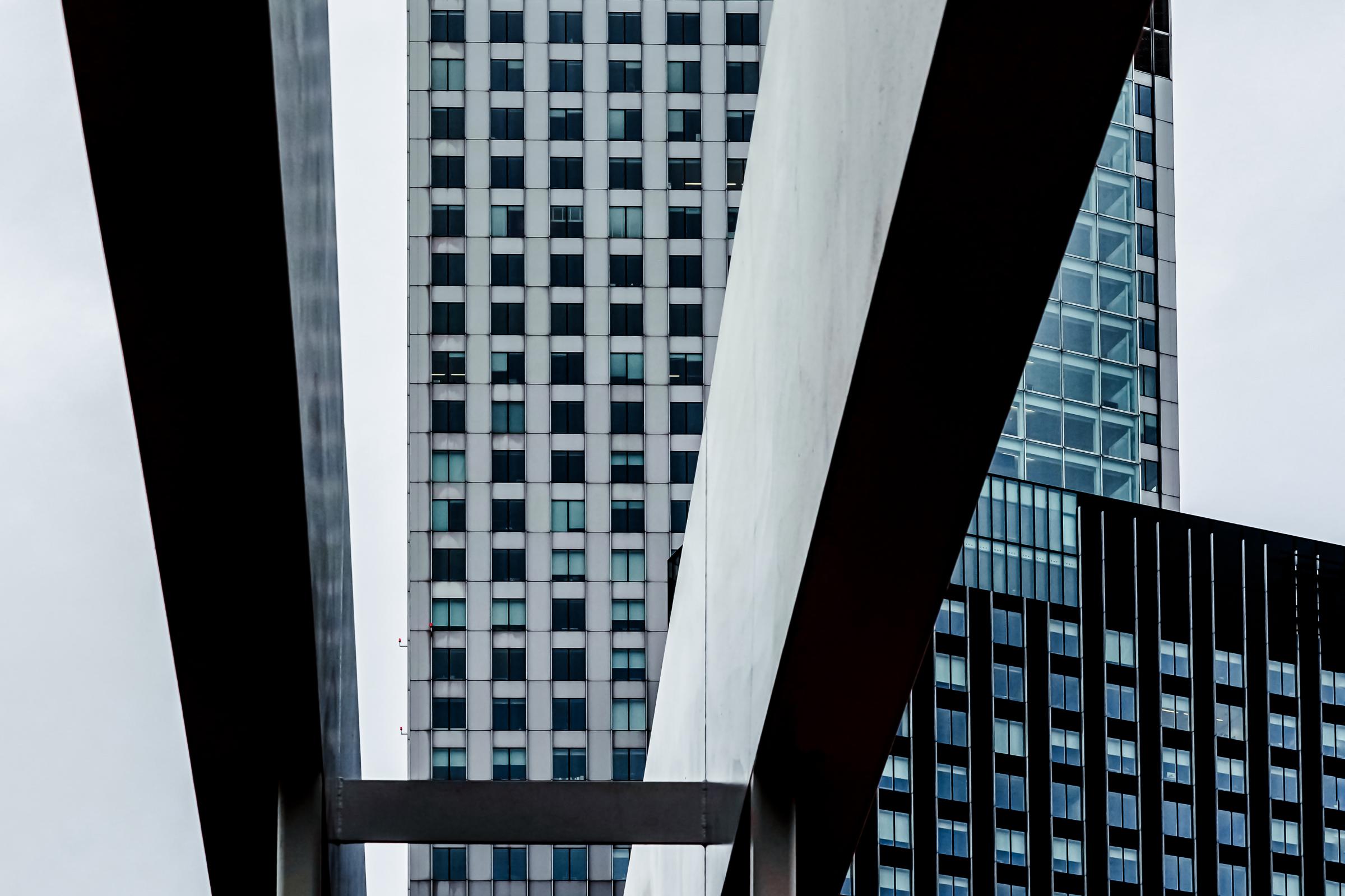 Rotterdam, The Netherlands
# 3772
5/2022
The Maastoren is a skyscraper in the Kop van Zuid district on the Nieuwe Maas in the Dutch city of Rotterdam. The building measures 164.8 m in Height. The Maastoren was designed by Dam & Partners Architects and Odile Decq Benoit Cornette. Since its completion, the skyscraper used for office purposes is the tallest in the country. Current main tenants are AKD (on the right in the picture) and Deloitte (on the left in the picture). In front, metal piles of a walkable plarform at the Erasmus Bridge. 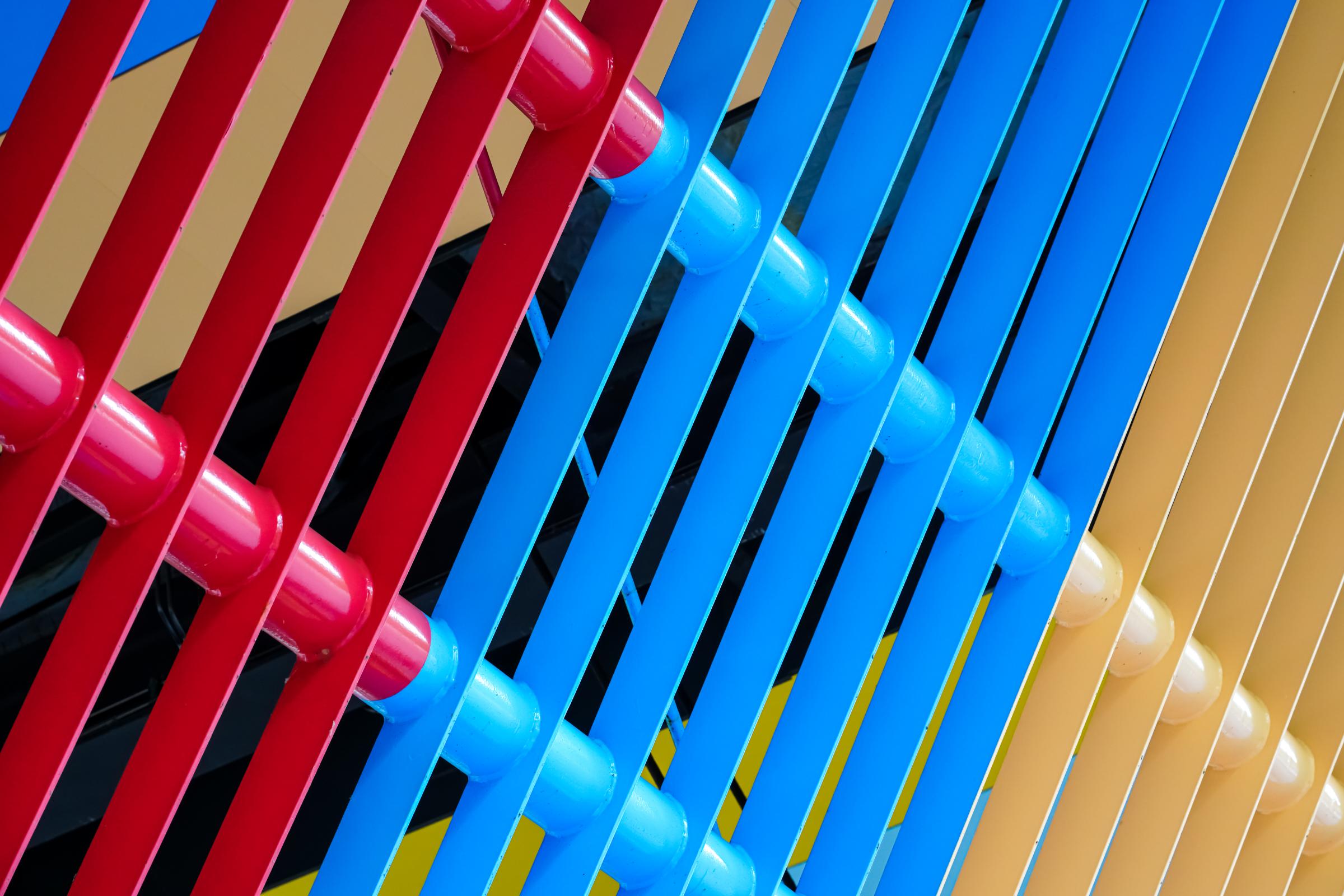 The Hague, The Netherlands
# 3722
5/2022
Detail of the colorful metal entrance gates to the Dutch Ministry of Finance at Korte Voorhout. 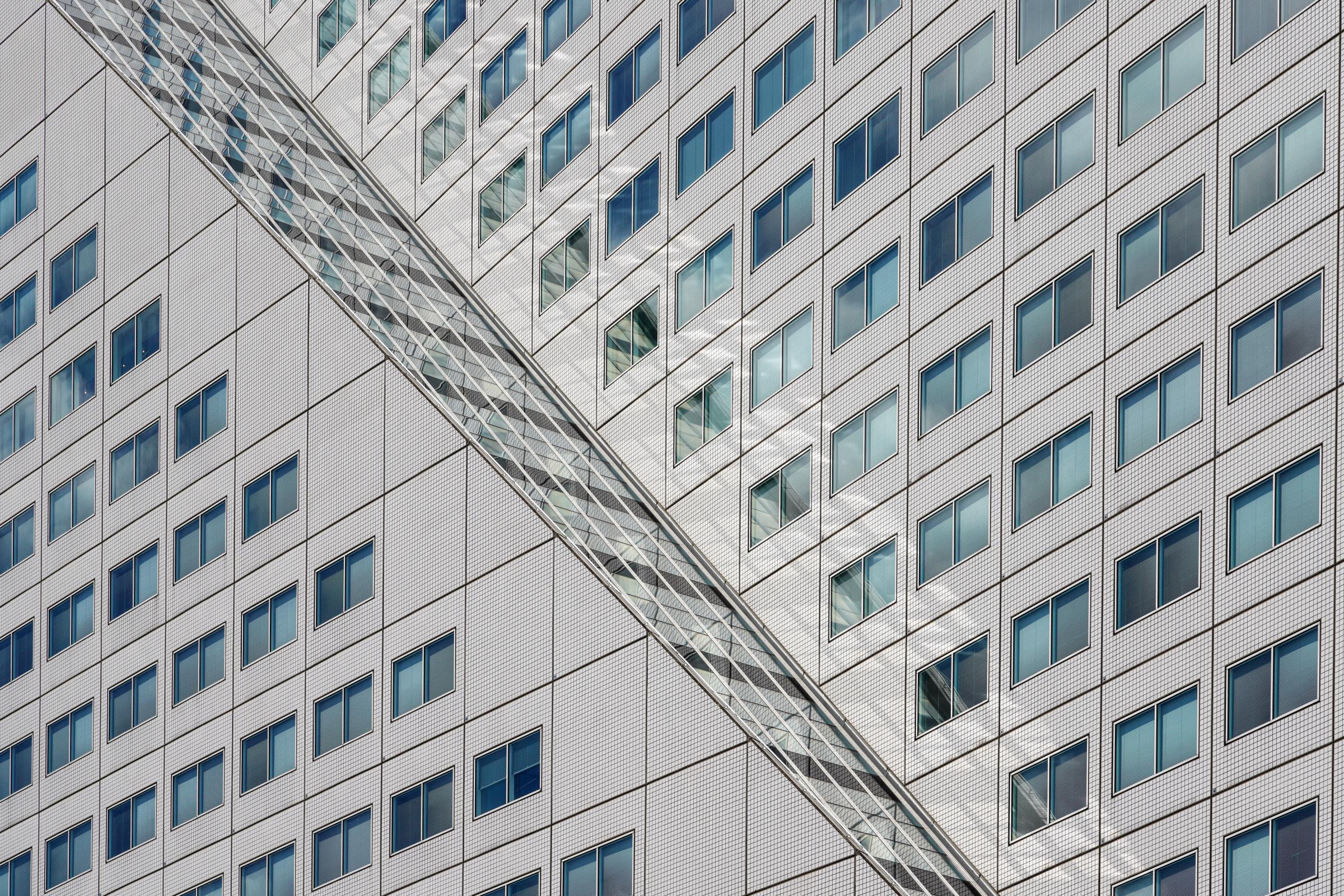 Rotterdam, The Netherlands
# 3610
5/2022
Close-up of the Delftse Poort (Delft Gate Building) is a two-tower skyscraper complex on Weena 505 next to Rotterdam Centraal station in Rotterdam. 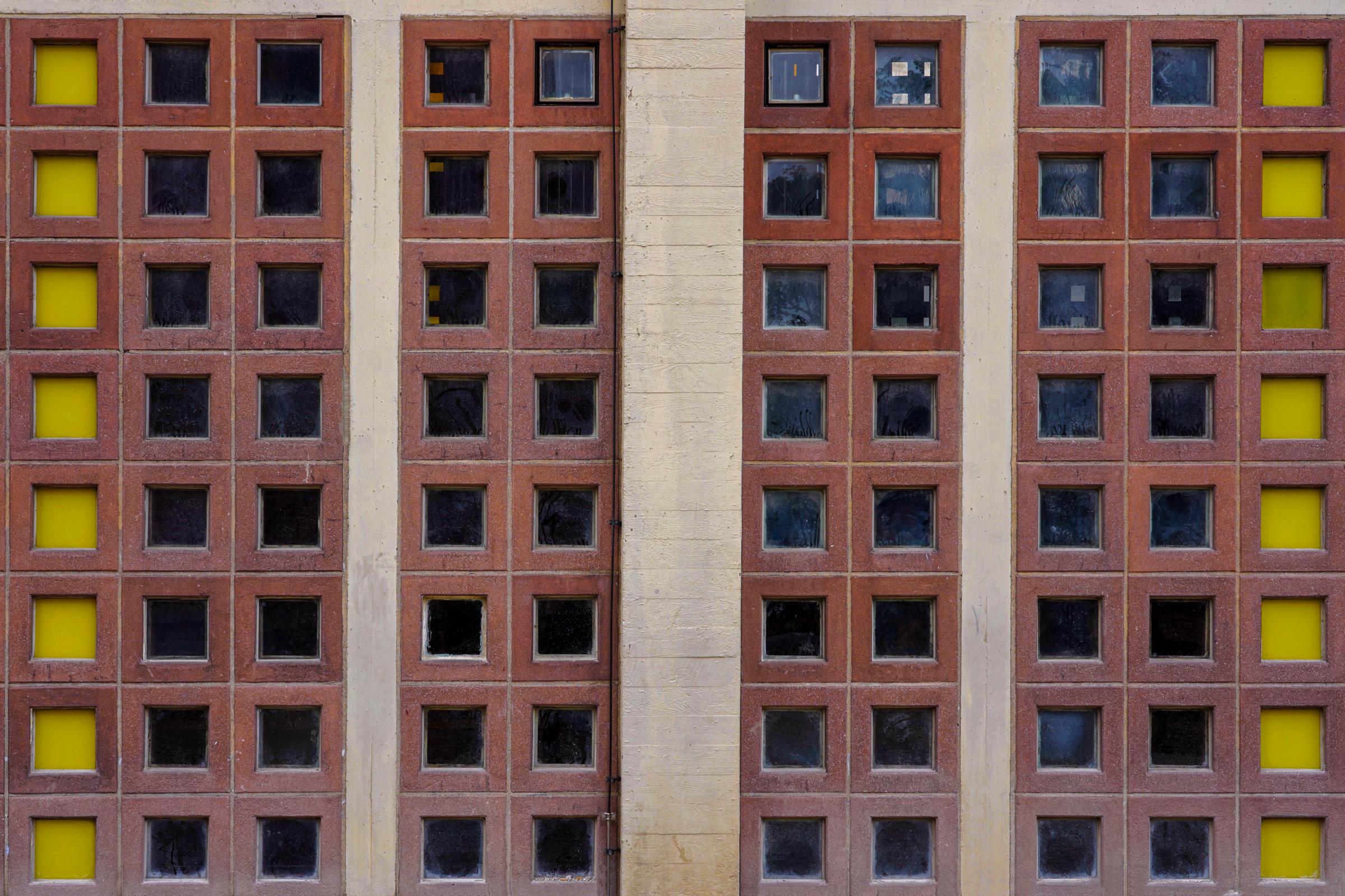 Nuremberg, Germany
# 3546
7/2022
Window of a church facade, the modern extension of the Evangelical Lutheran Christ Church in Nuremberg-Steinbühl. 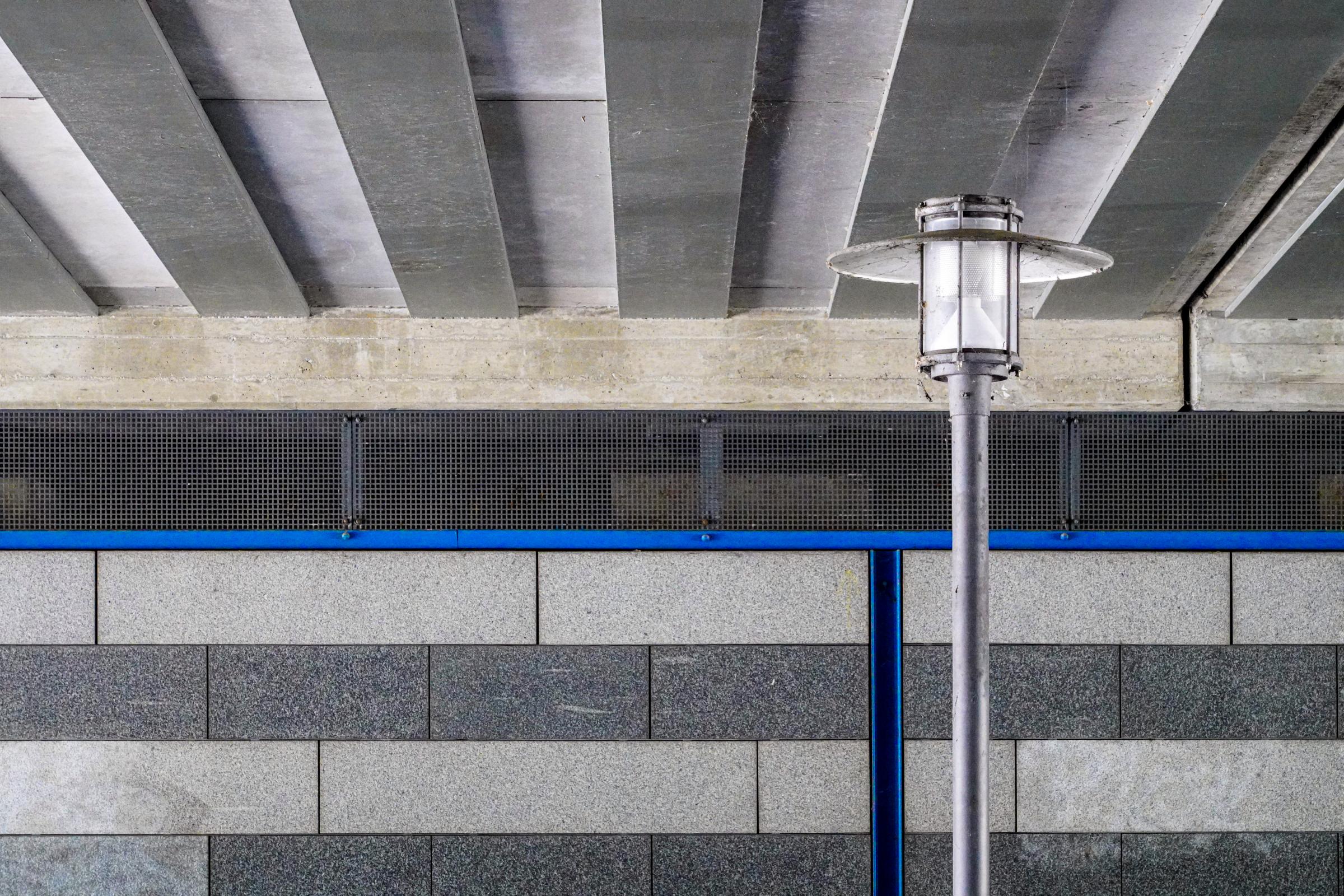 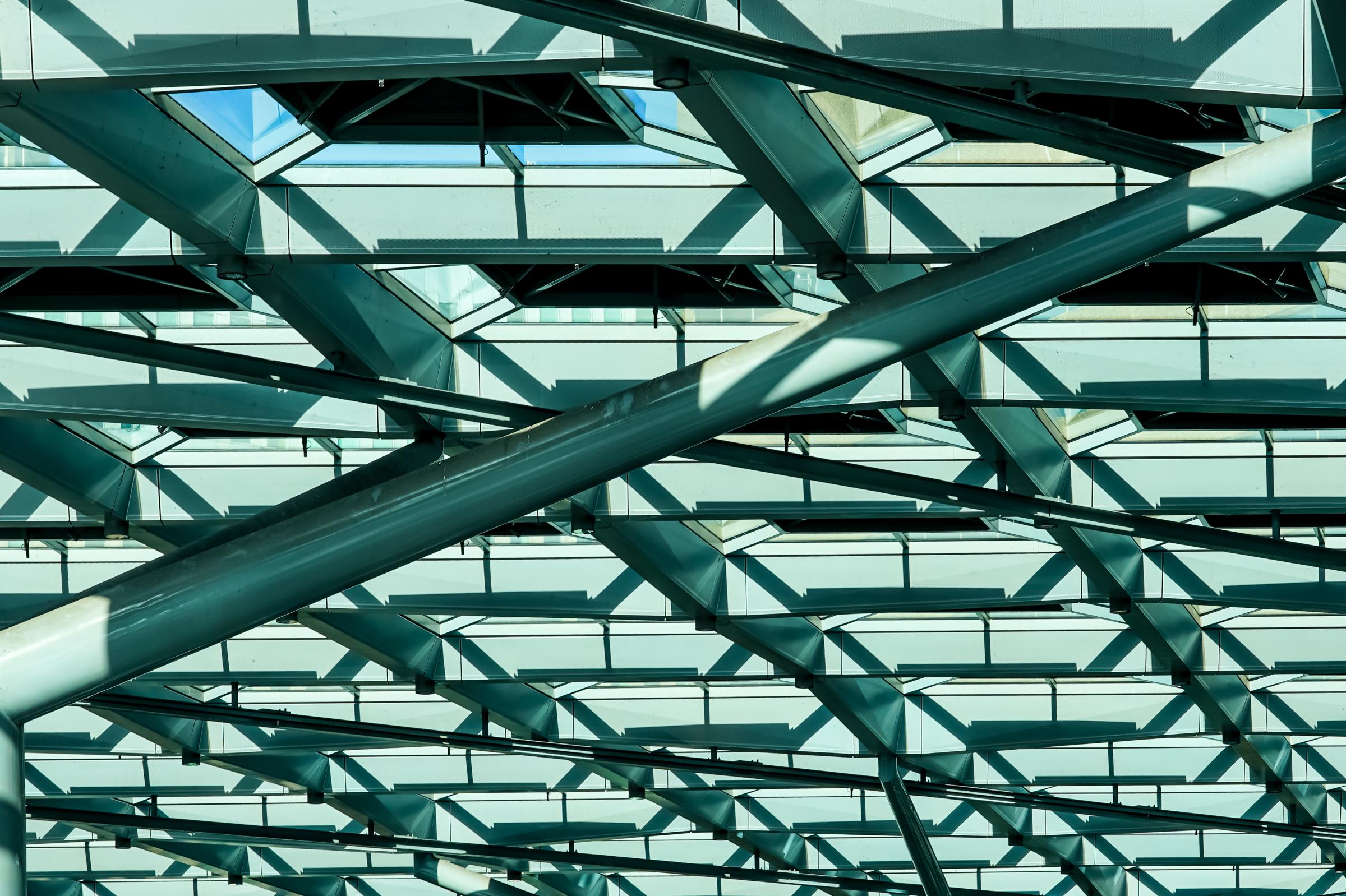 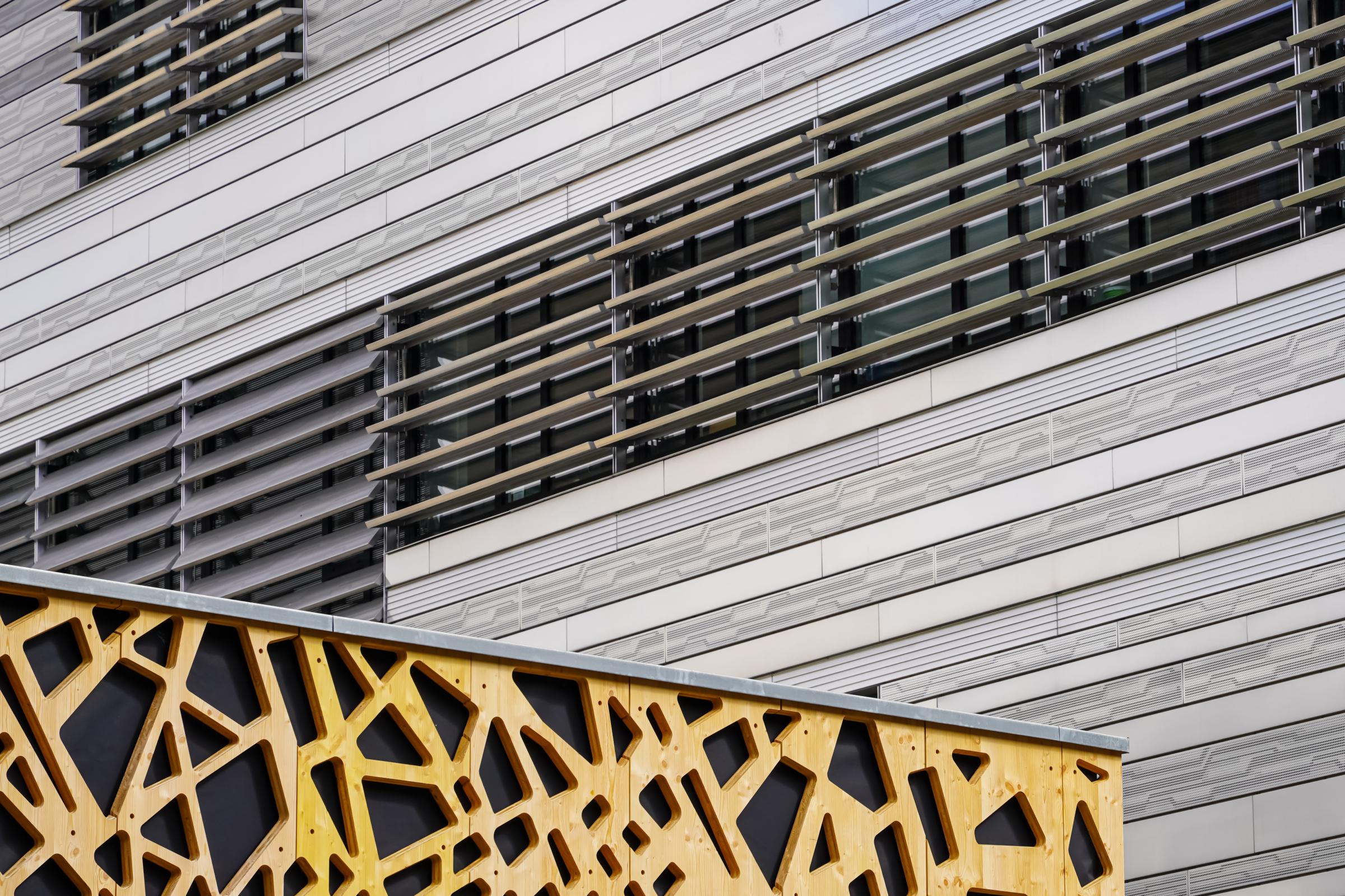 Düsseldorf, Germany
# 3465
5/2022
Above the partial view of a wooden bicycle house, the modern facade of an office building. 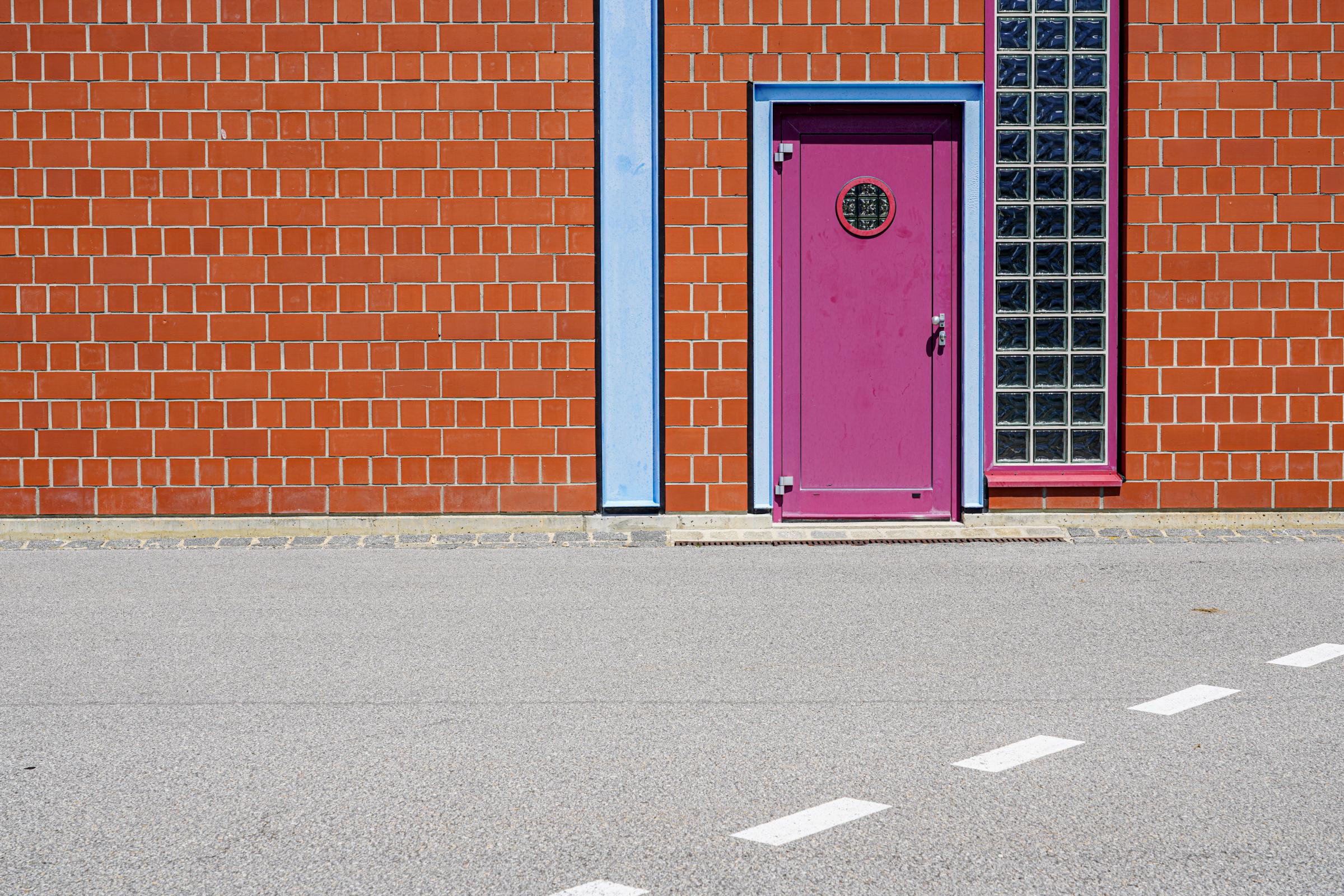 Passau, Germany
# 3461
6/2022
Entrance to an administrative building of the Kachlet power plant in Passau a dam operated by Uniper Kraftwerke GmbH with a double lock and hydroelectric power plant in the Danube. 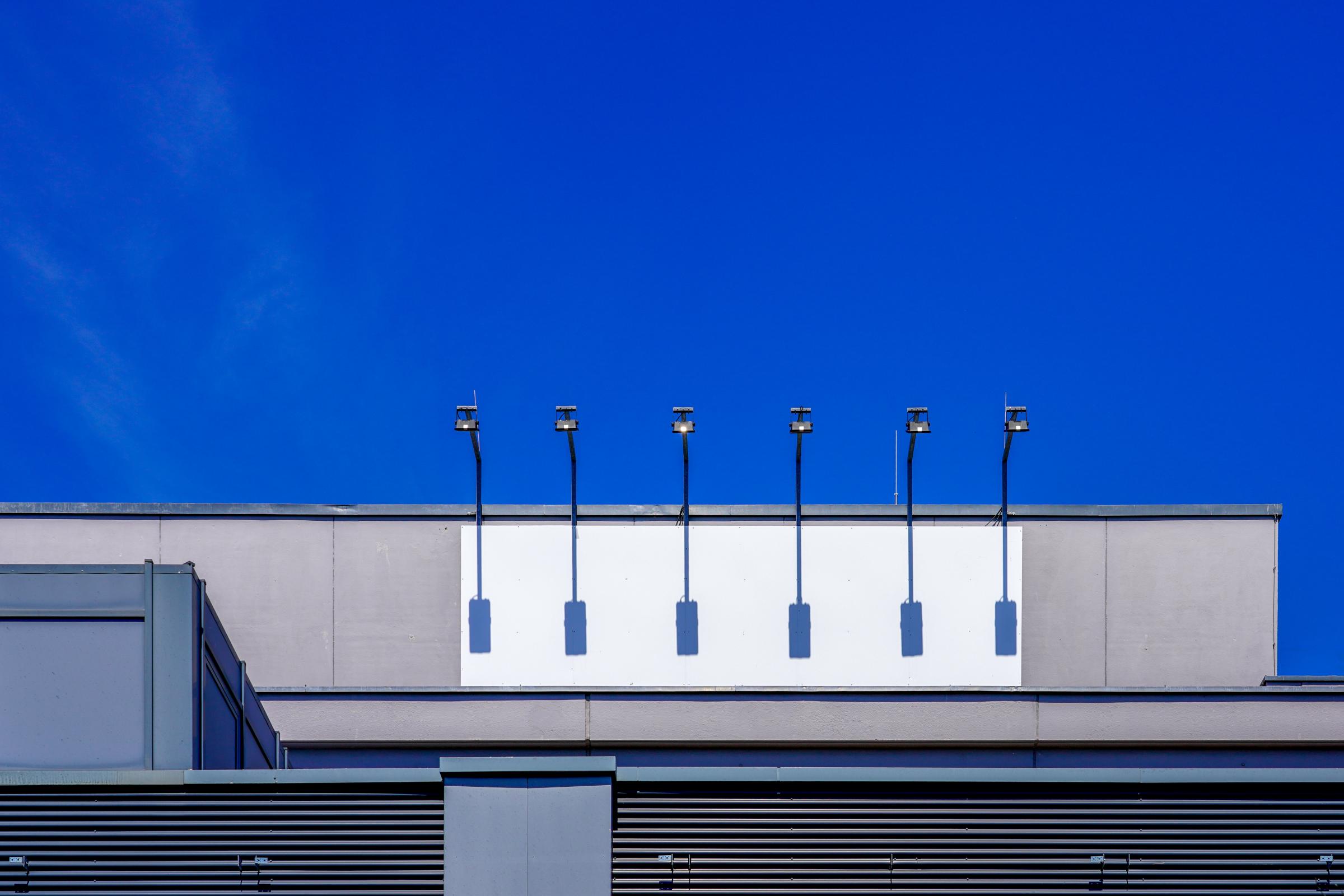 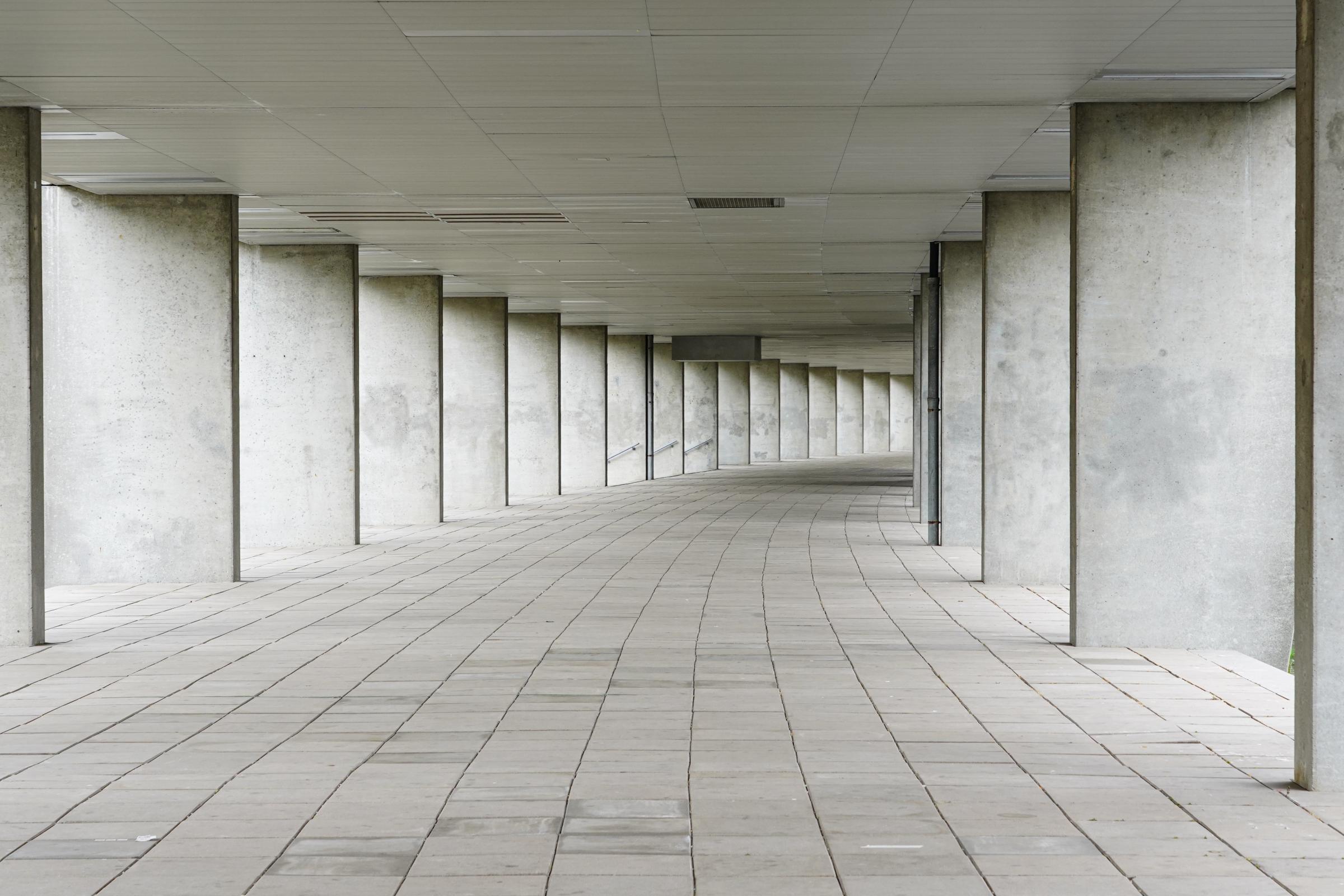 Rotterdam, The Netherlands
# 3441
5/2022
The gallery tunnel of the Rainbow Passage under the NAI building, Het Nieuwe Instituut voor architectuur, design en e-cultuur, by Museum Park in Rotterdam, during the day. 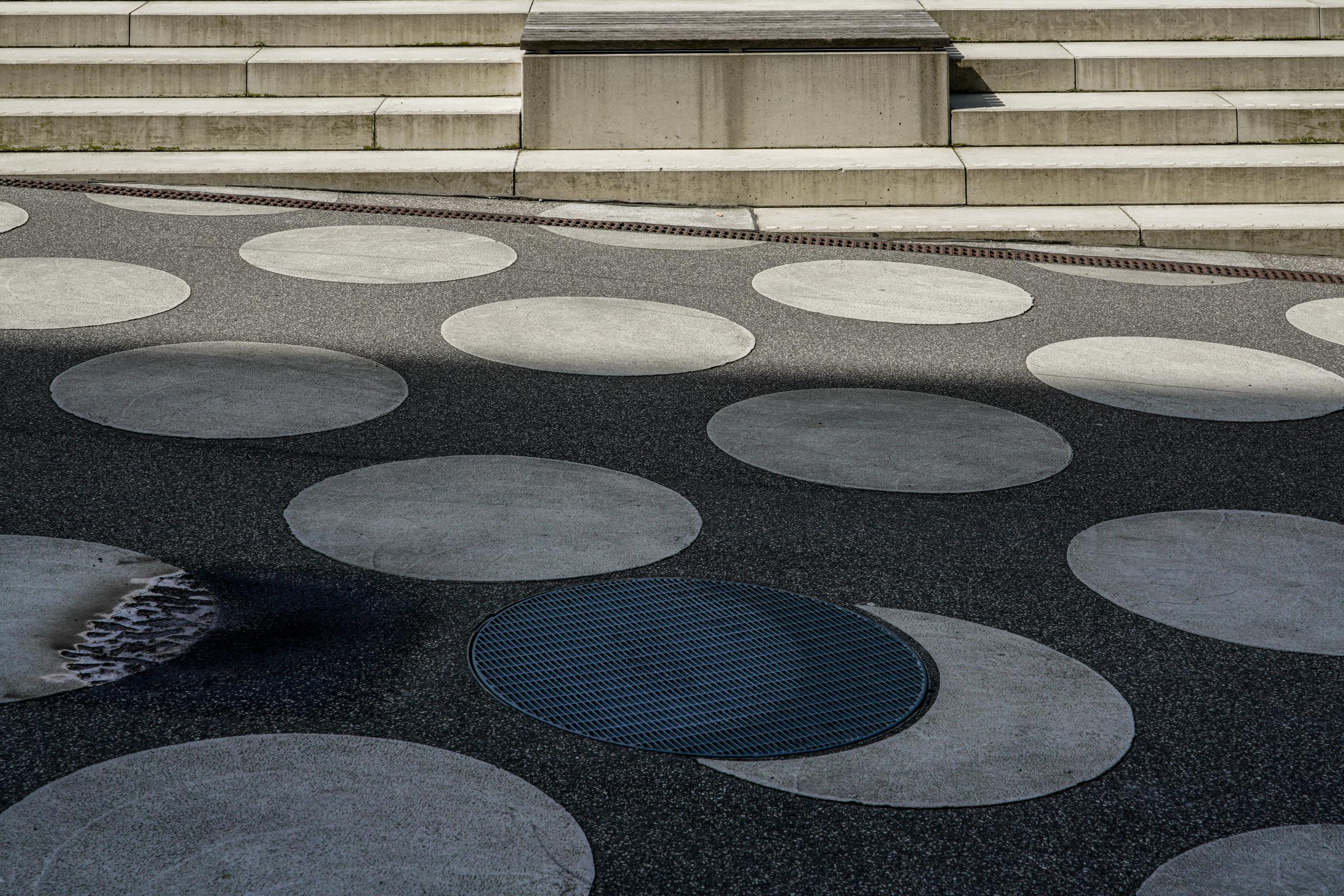 Berlin, Germany
# 3395
5/2022
Close-up of the public area with seating at the Futurium in Berlin. It is covered by a dense pattern of dots. 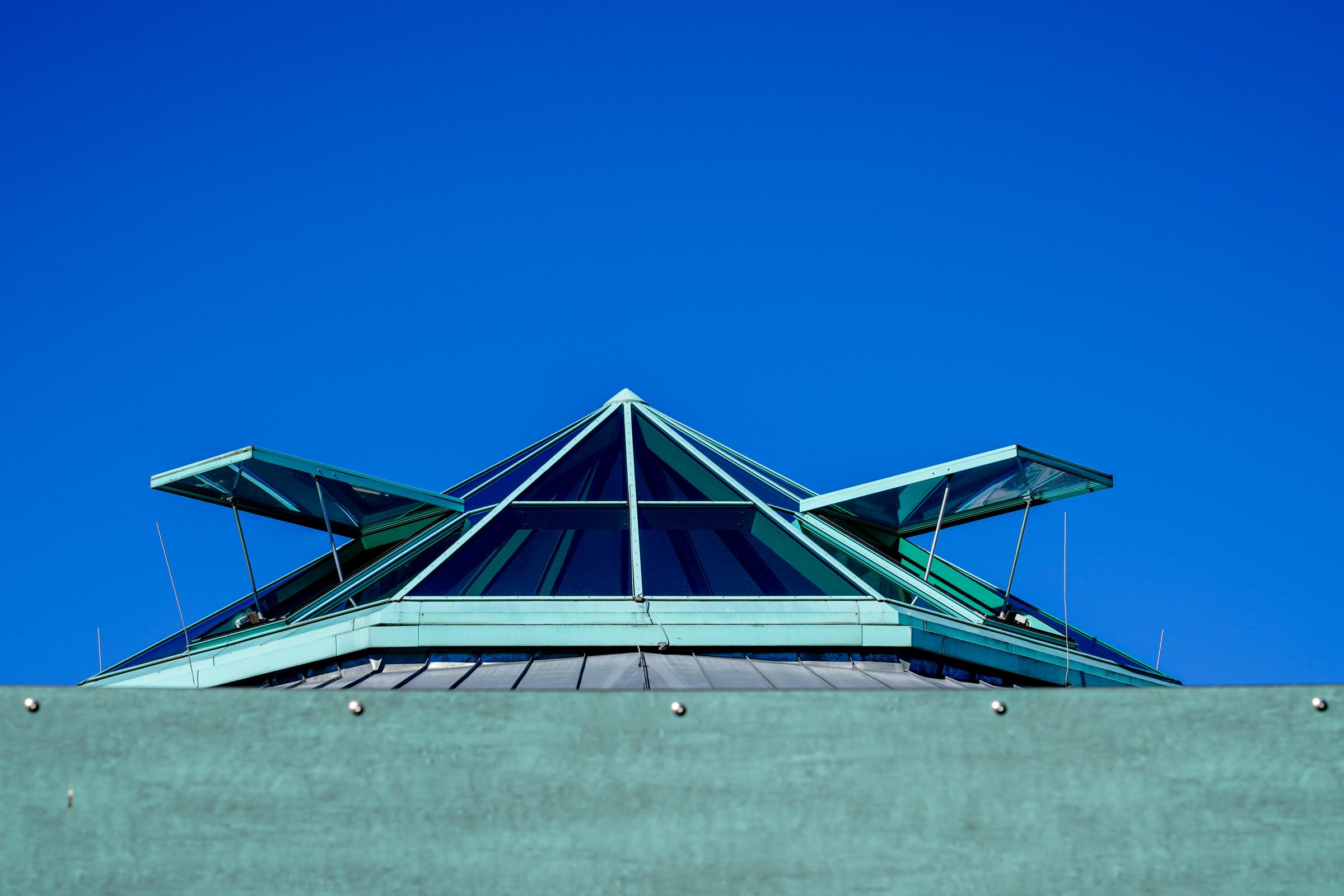 Amberg, Germany
# 3507
7/2022
Rooftop of the Kurfürstenbad, a combined outdoor and indoor swimming pool of the city of Amberg. 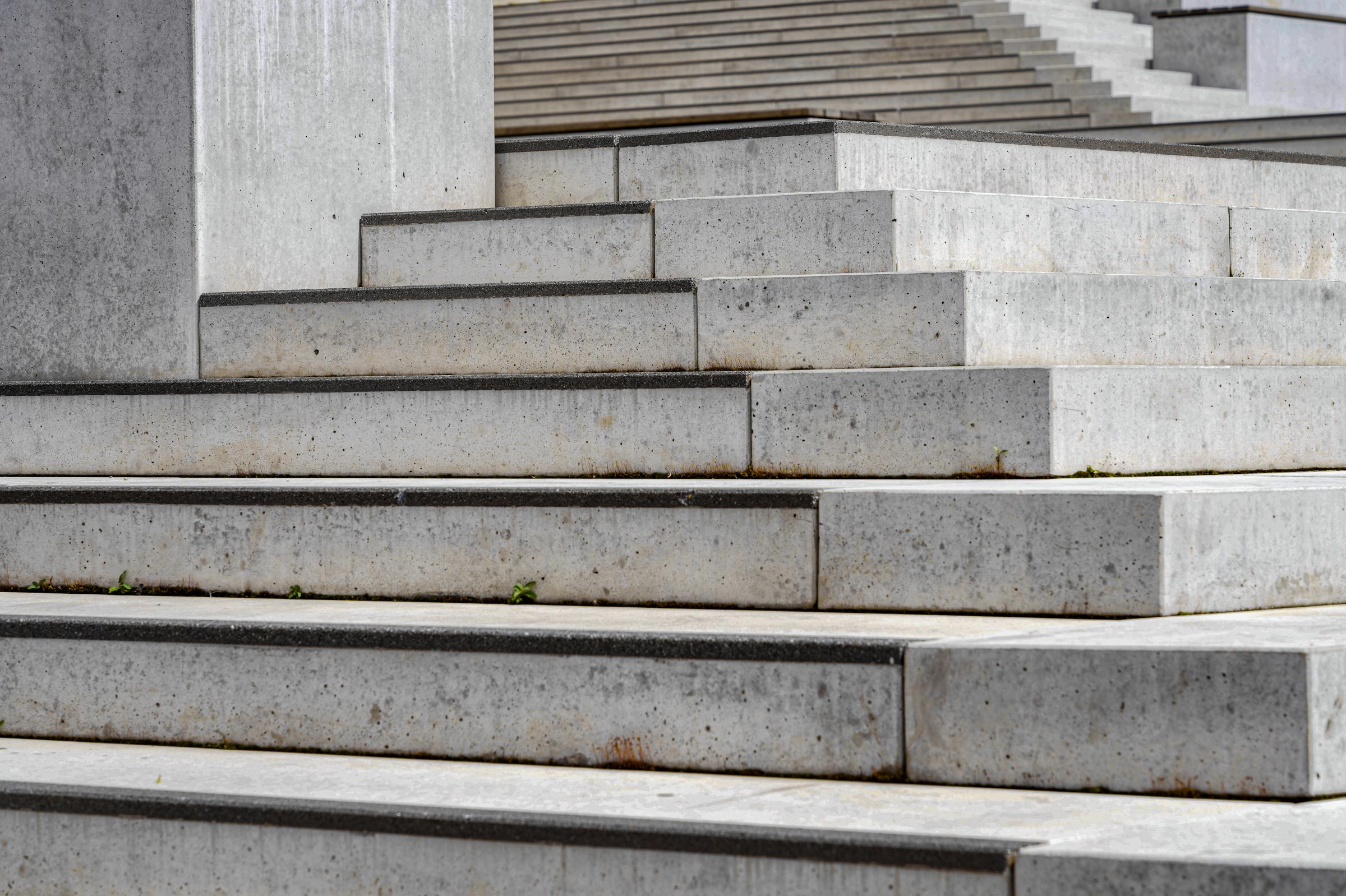 Cologne, Germany
# 3448
5/2022
Steps of the staircase in front of the Hotel Motel One Köln-Messe, for sitting and resting at the Cologne Trade Fair to the South Entrance. 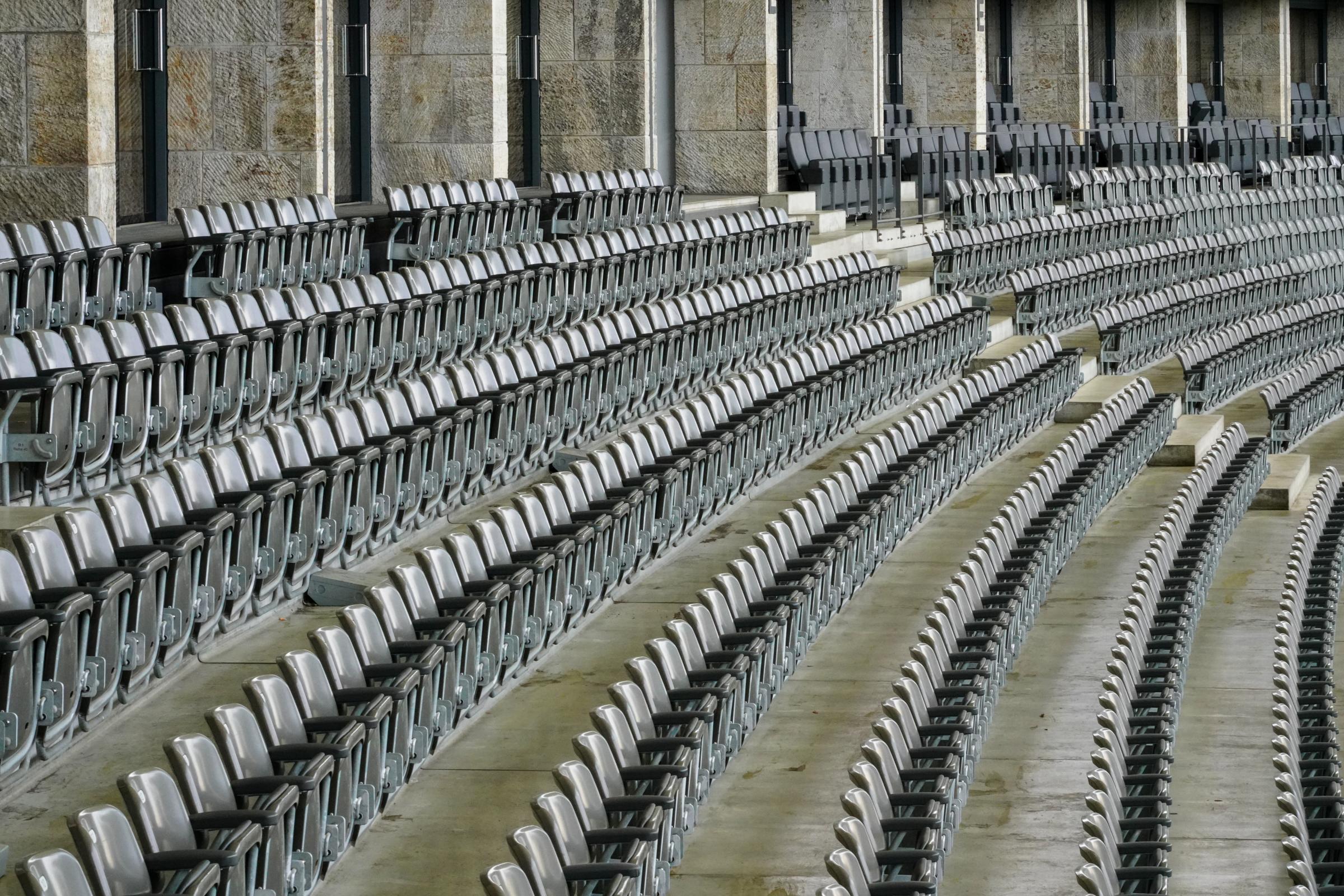 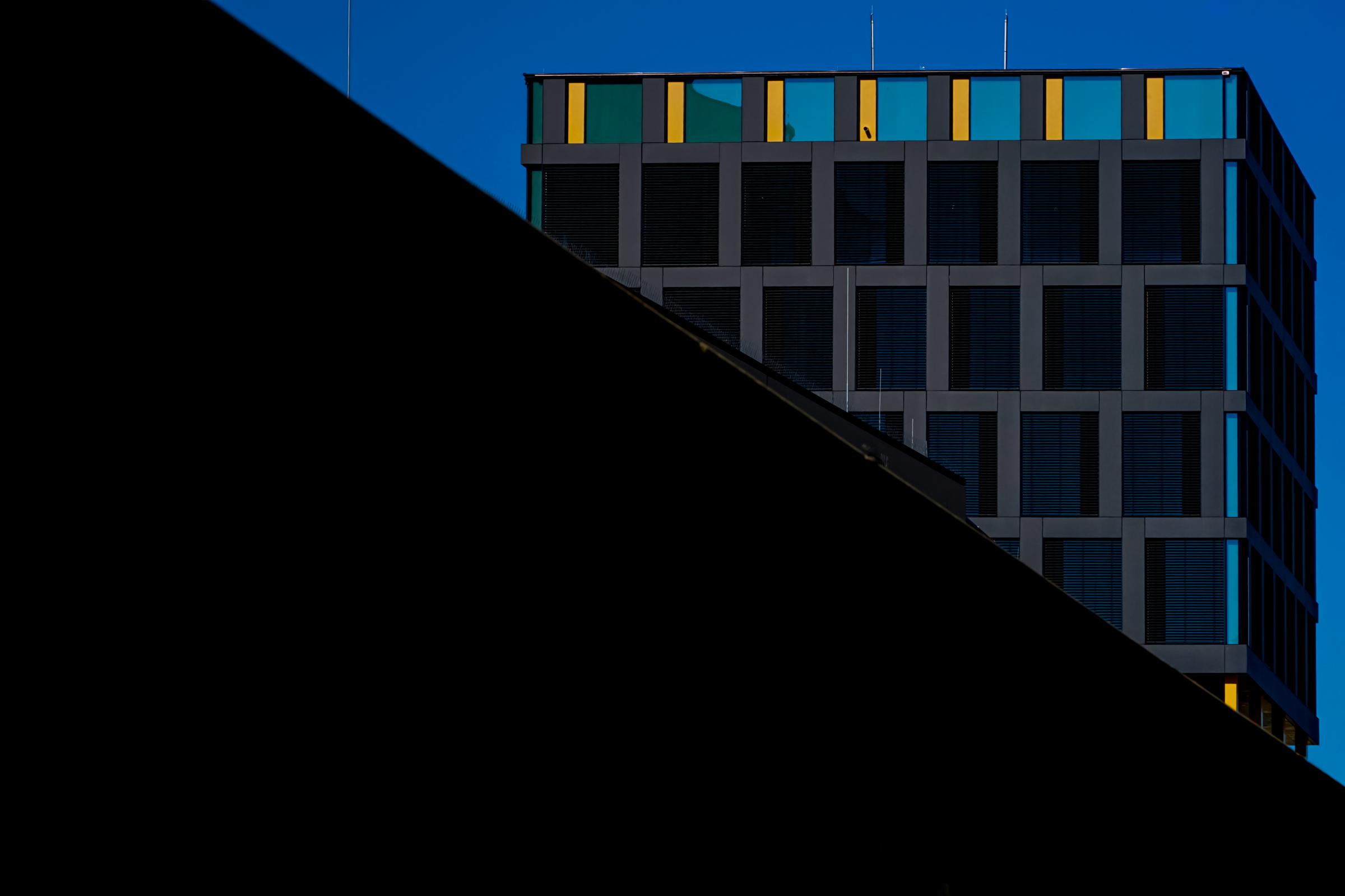 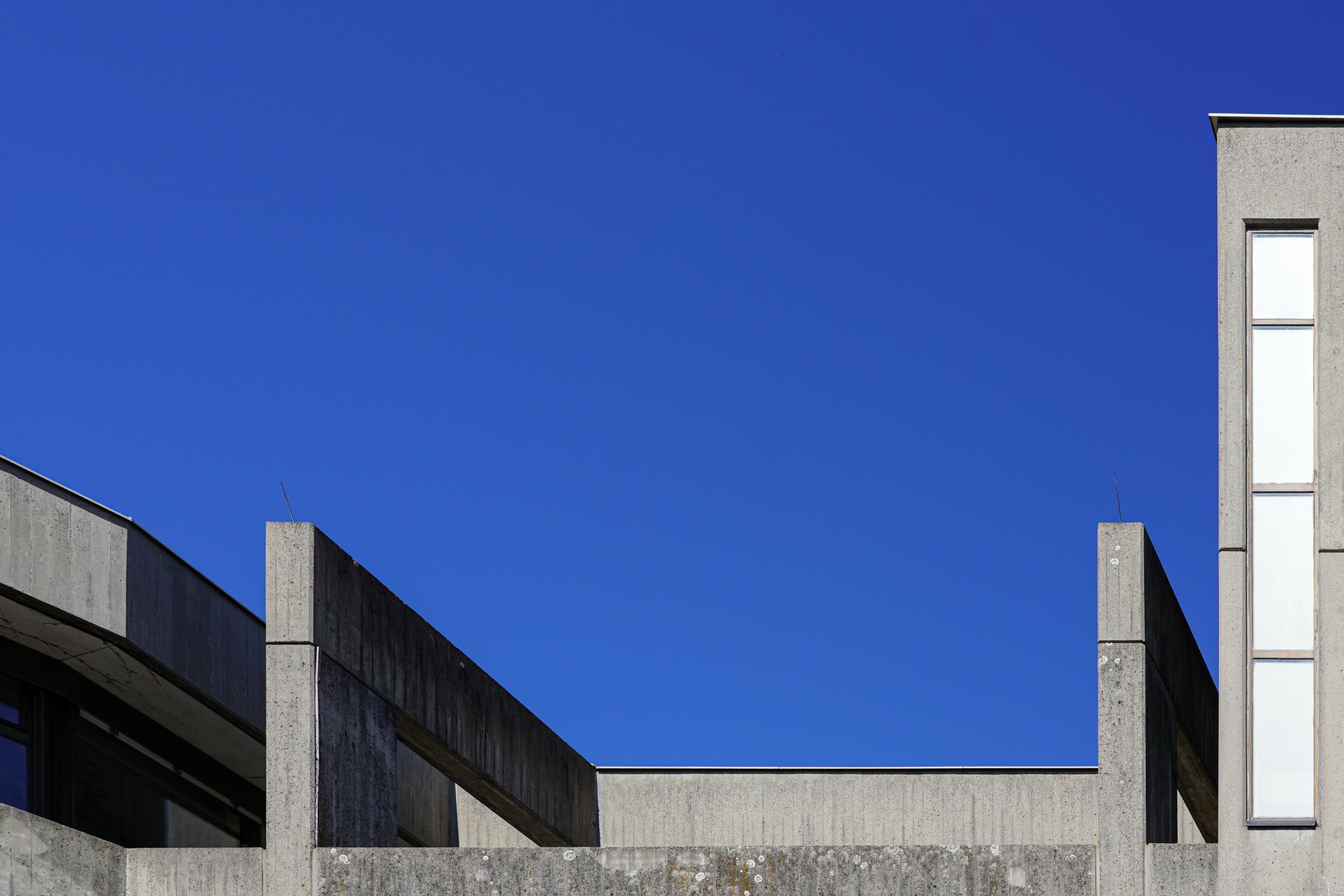 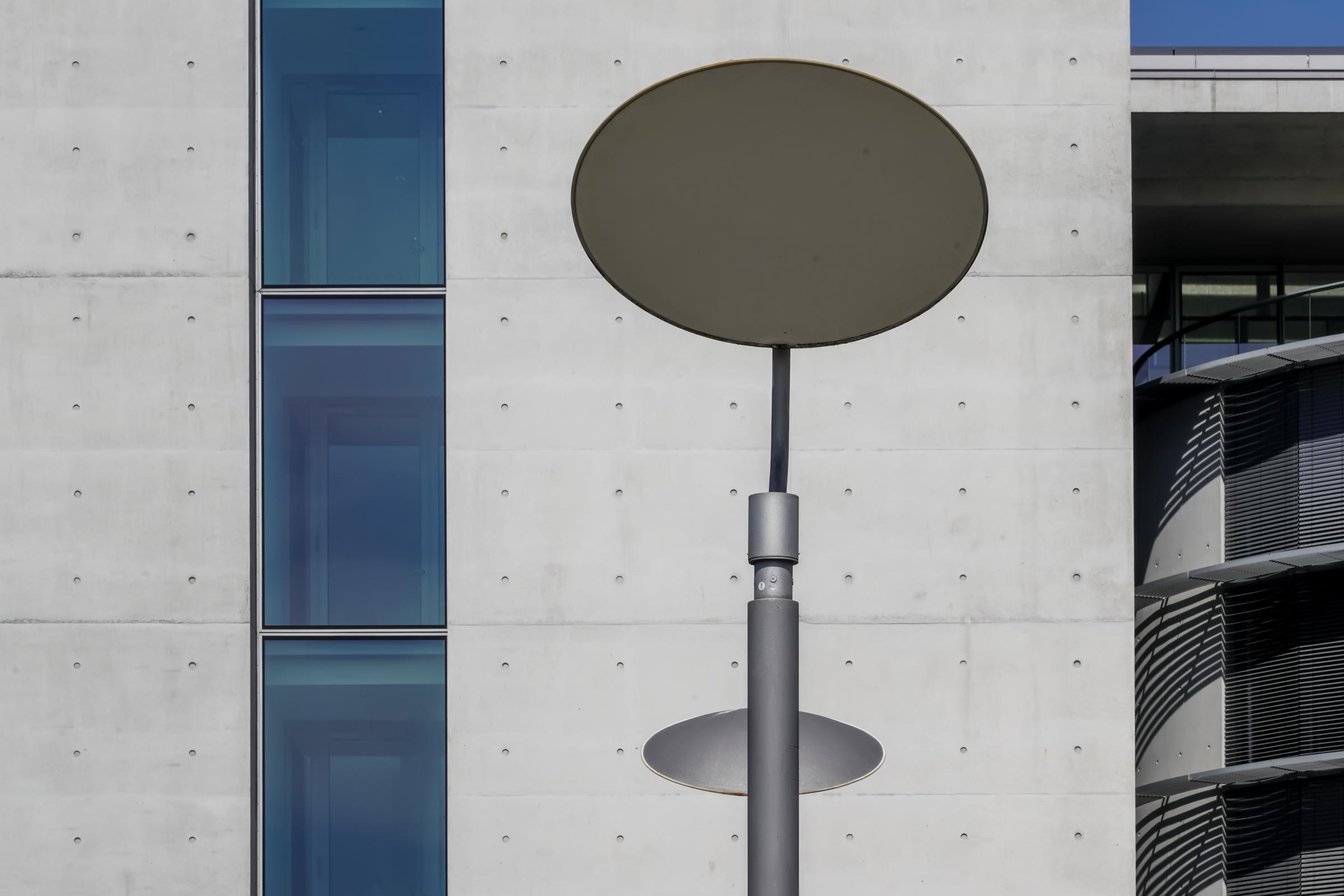 Berlin, Germany
# 3371
4/2022
Streetlight at the Bundestag underground station in front of the Paul Löbe House, a functional building of the German Bundestag in Berlin's government district. 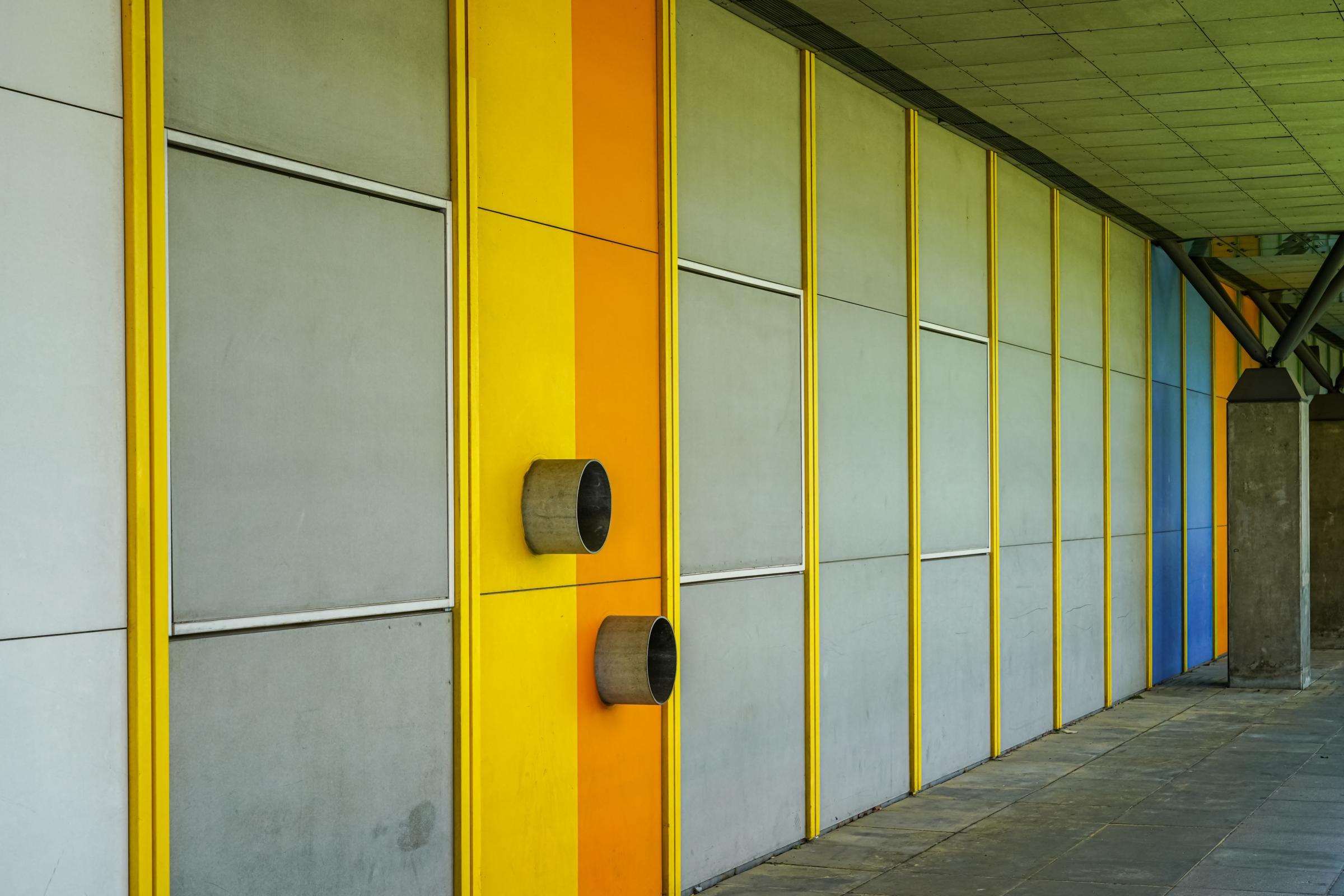 Munich, Germany
# 3424
5/2022
Exterior facade of the Ecumenical Church Center in the Olympic Village in Munich with small round windows. The building is surrounded by a pedestrian level. During the 1972 Olympic Games, international church services were held here in 14 languages. The center was realized by the Munich architects Christ and Karg. It houses the Catholic and Protestant church rooms under one roof. 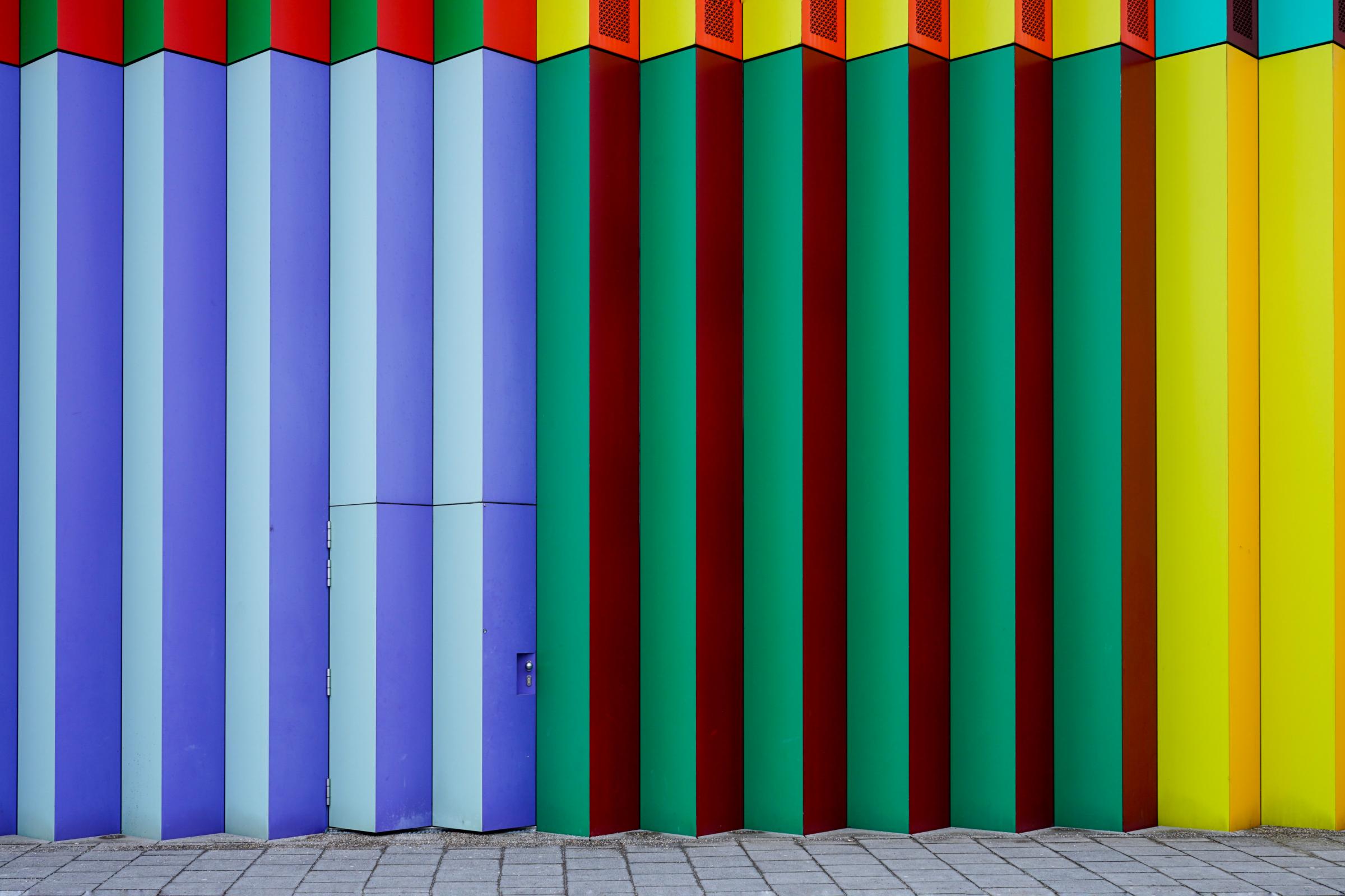 Munich, Germany
# 1299
10/2021
The MIRA Shopping Mall opened in 2008 in the Munich district Nordhaide. The West, North, and northern half of the Eastern facades, was made of colored lacquered metal panels which were placed on the walls to form prisms. In addition to the colored panels, the façade also contains panels made of polished aluminum, which reflect the sky and surrounding buildings. The façade construction was awarded with the “DGNB Gold Award for sustainable buildings" in 2009. The shopping centre was planned by Chapman Taylor. The responsible project architect there was Ruprecht Melder. Léon-Wohlhage-Wernik Architekten was responsible for the façade design.