The Gauting outdoor swimming pool was reserved exclusively for the Olympic athletes in August 1972 during the Olympic Games in Munich. Mark Spitz, the shark, prepared in this pool for his 7 gold medals and world records.

Michael Nguyen had the opportunity to photograph in the winter of 2020 before the first snowfall in the summer pool Gauting. He entered a fascinating world of water reflections. 2020 has been a turbulent year. But also a quiet year for some. Like swimming pools, which in Summer usually are heavily frequented otherwise. But it's also a chance for them to be calm finally.

Their water is more clear, more peaceful. In turn, they give trees, birds, houses, and us a once-in-a-lifetime opportunity to stop and reflect. To see the world both at its most chaotic and most serene. And to see ourselves: World in Reflection - Surprisingly wondrous and spectacular is Michael Nguyens view of reflections in the water of the summer pool.


The caption texts documents the story about the history of the Gauting Outdoor Pool and is written by Regine Hilpert-Greger. She is an archivist of the municipality of Gauting.

Infos about the series "By the Roadside" 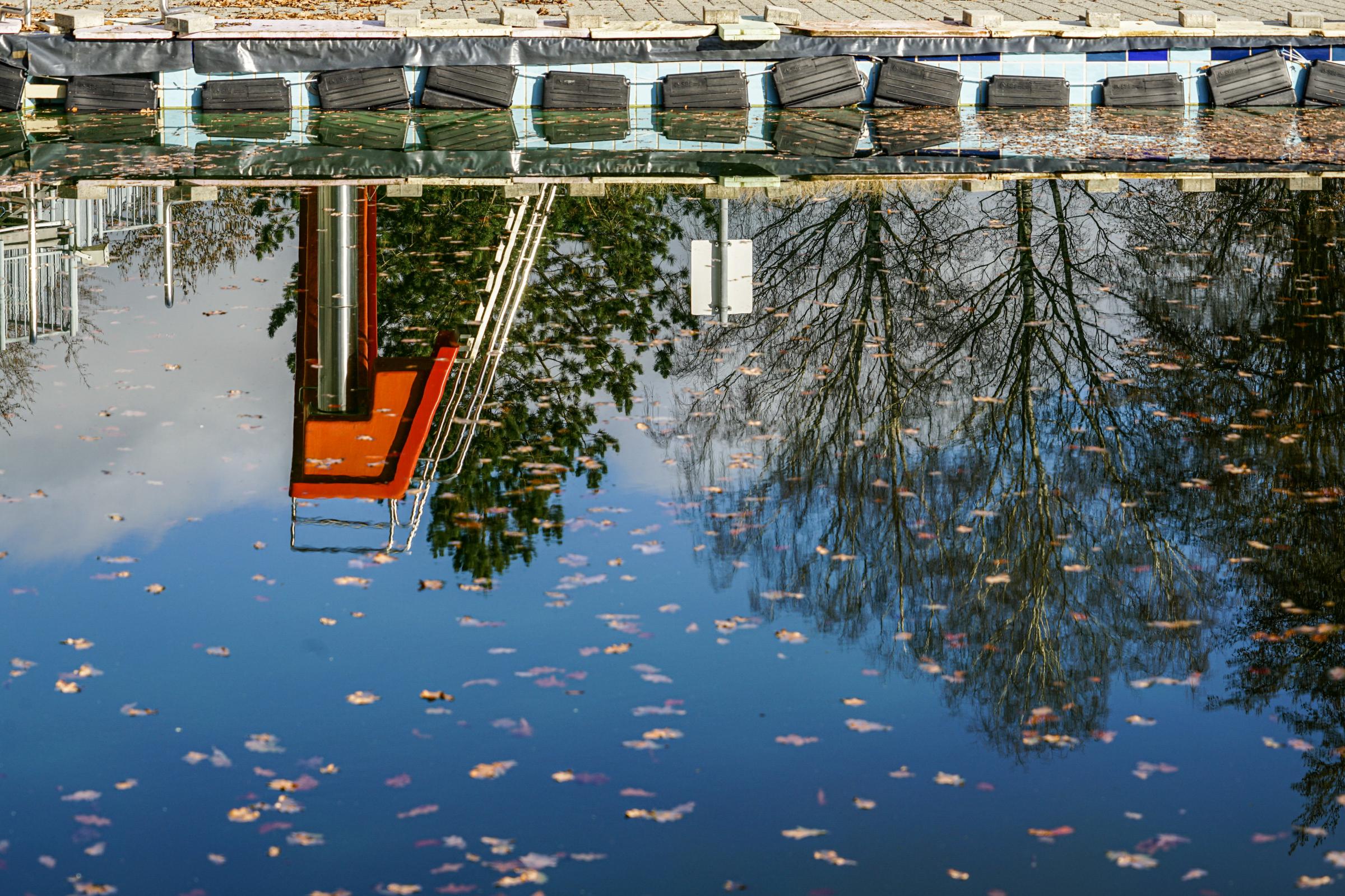 Since the Bronze Age, people have settled in the area of today's Gauting and used the water of the Würm for their everyday purposes. Bathing was done in and with water from the Würm. The Roman thermal bath, which was built at the beginning of the 2nd century in Roman Gauting and not far from today's open-air swimming pool whose foundation was excavated in 1936, was fed by its water. 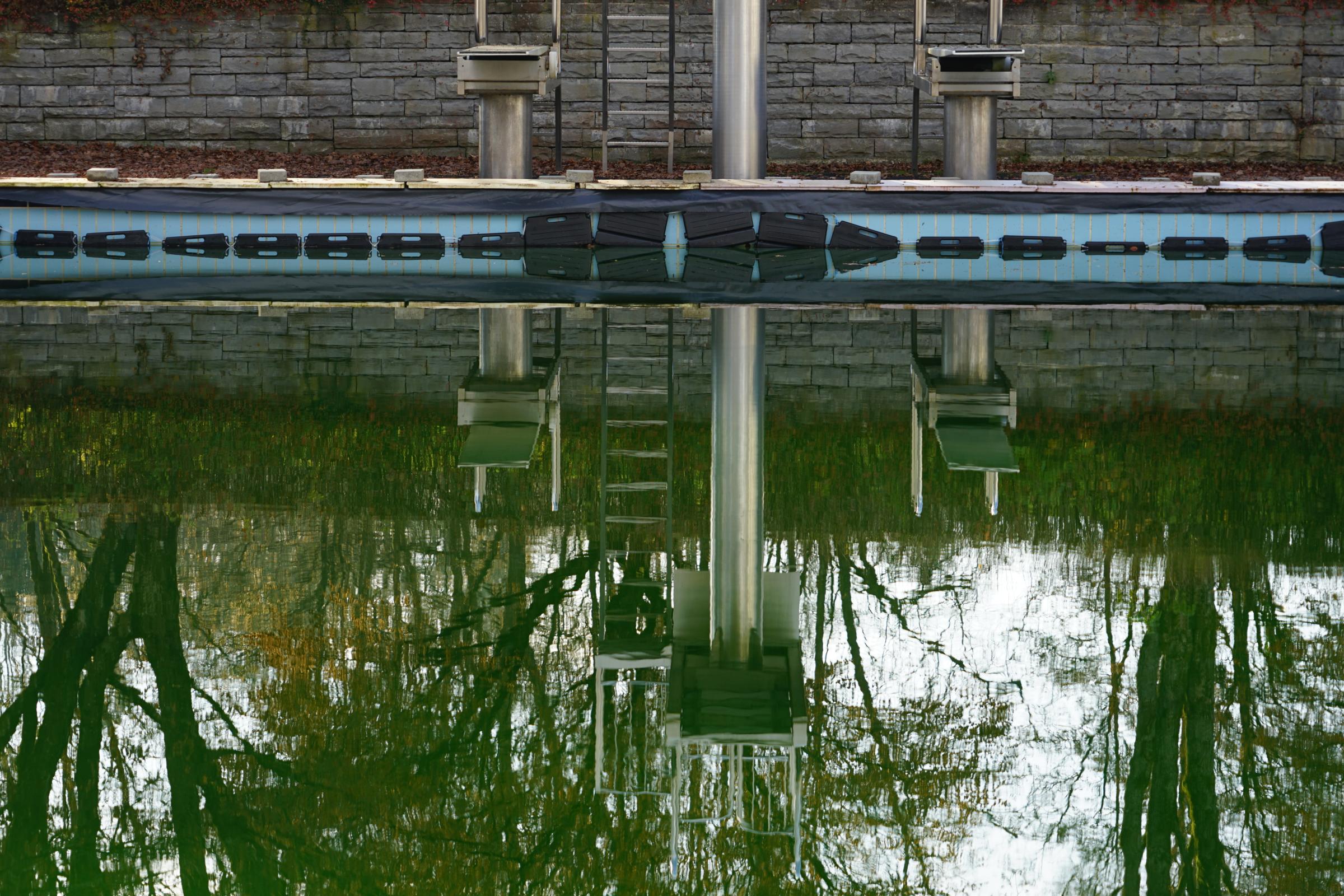 The bath, located in the center of Gauting since the 15th century, offered tub baths with Würm water and all kinds of medical services. Small bathing huts in the Würm served from the middle of the 19th century for private body cleansing. 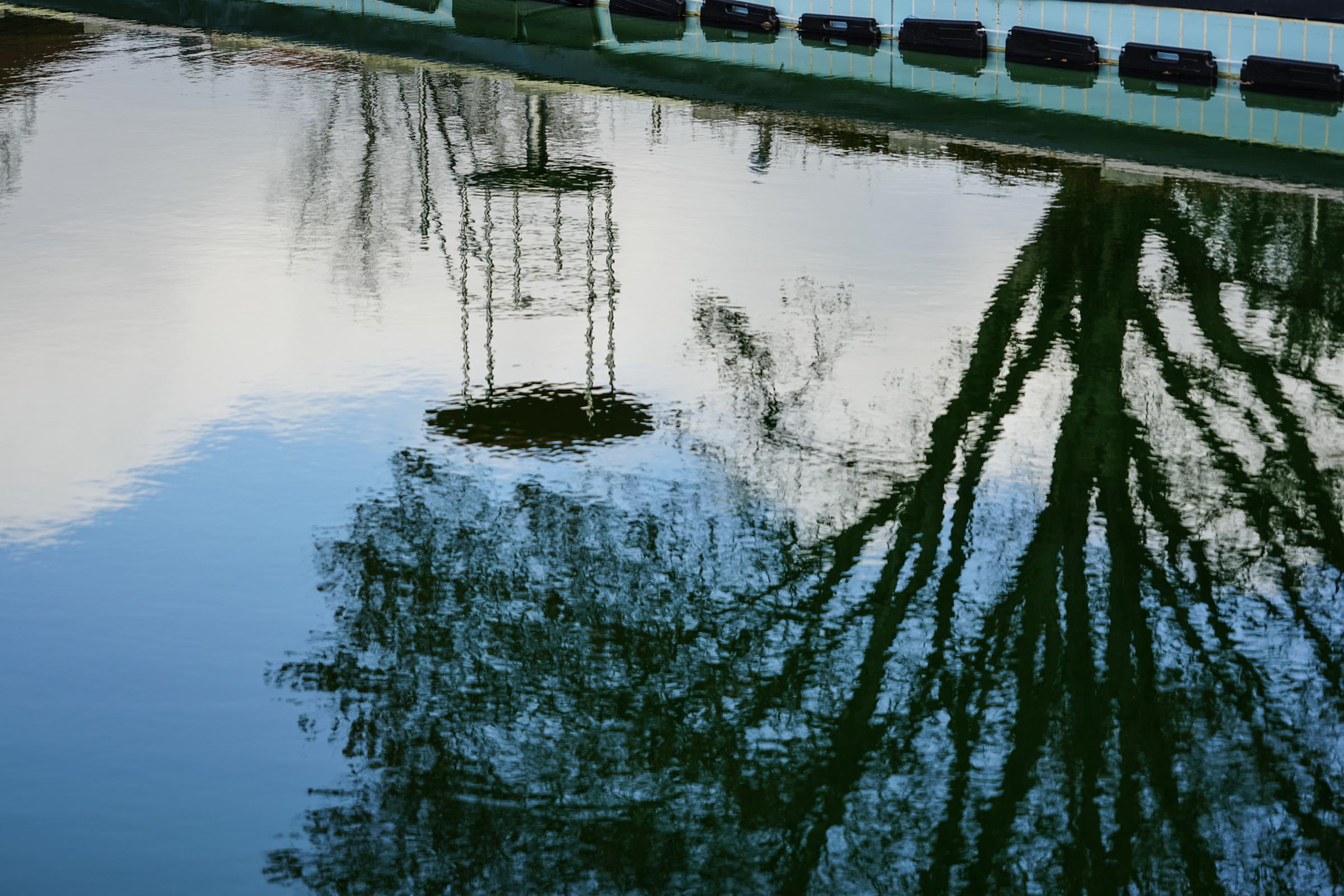 Promoted by the reform movements around a new body consciousness at the beginning of the 20th century and under the pressure of the local population, the municipality of Gauting established a public outdoor pool with changing rooms and a beverage bar in 1926, bathing was done in the Würm. Increasing water pollution forced the municipality to start building a new, modern swimming pool in 1964. 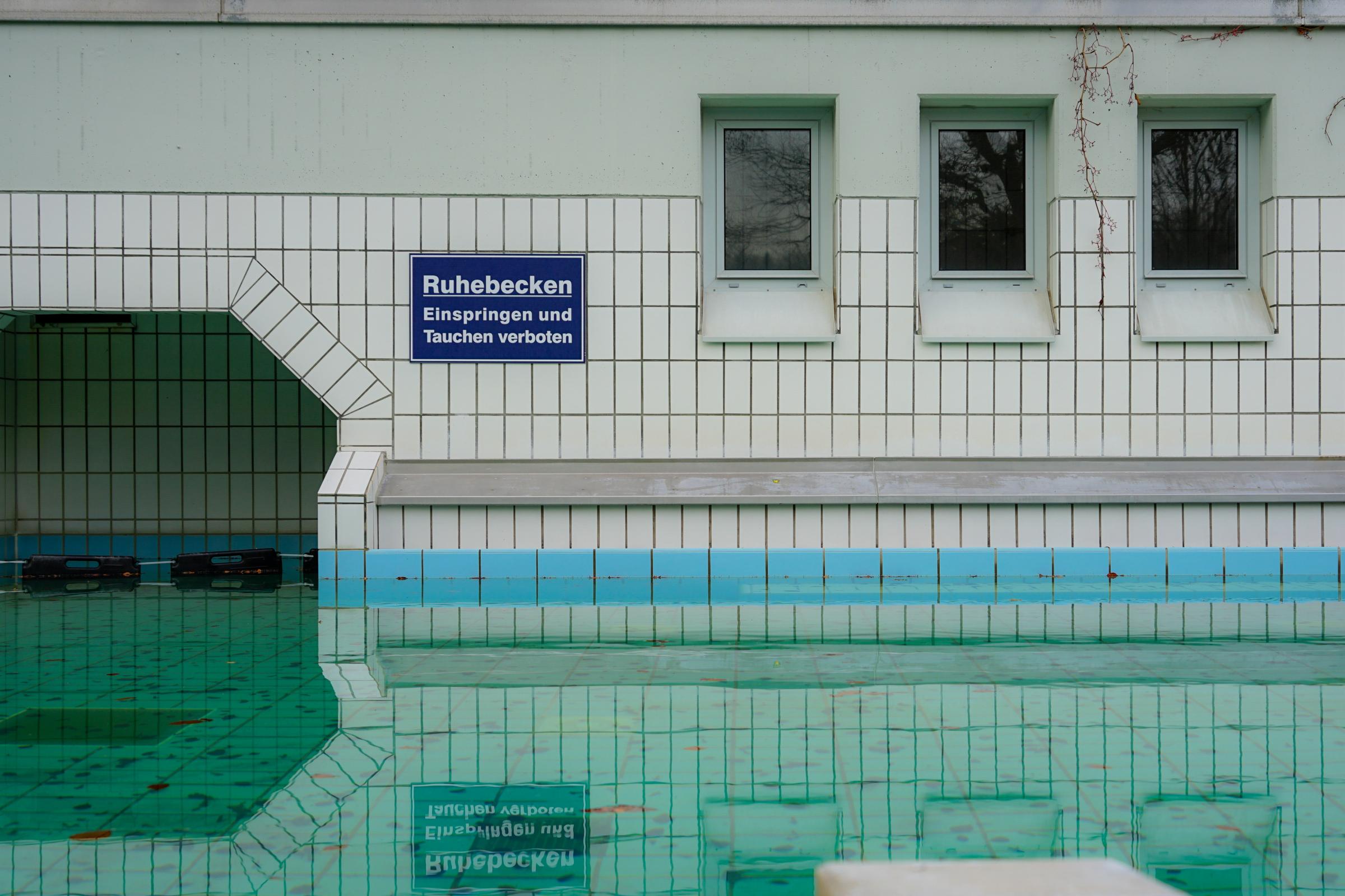 Formed at the end of the last ice age, the Würm river has always served as a lifeline for the people who inhabit the valley between Lake Starnberg and the confluence with the Amper river near Dachau. Its water is softer and warmer than the Isar river but its current is not without danger. 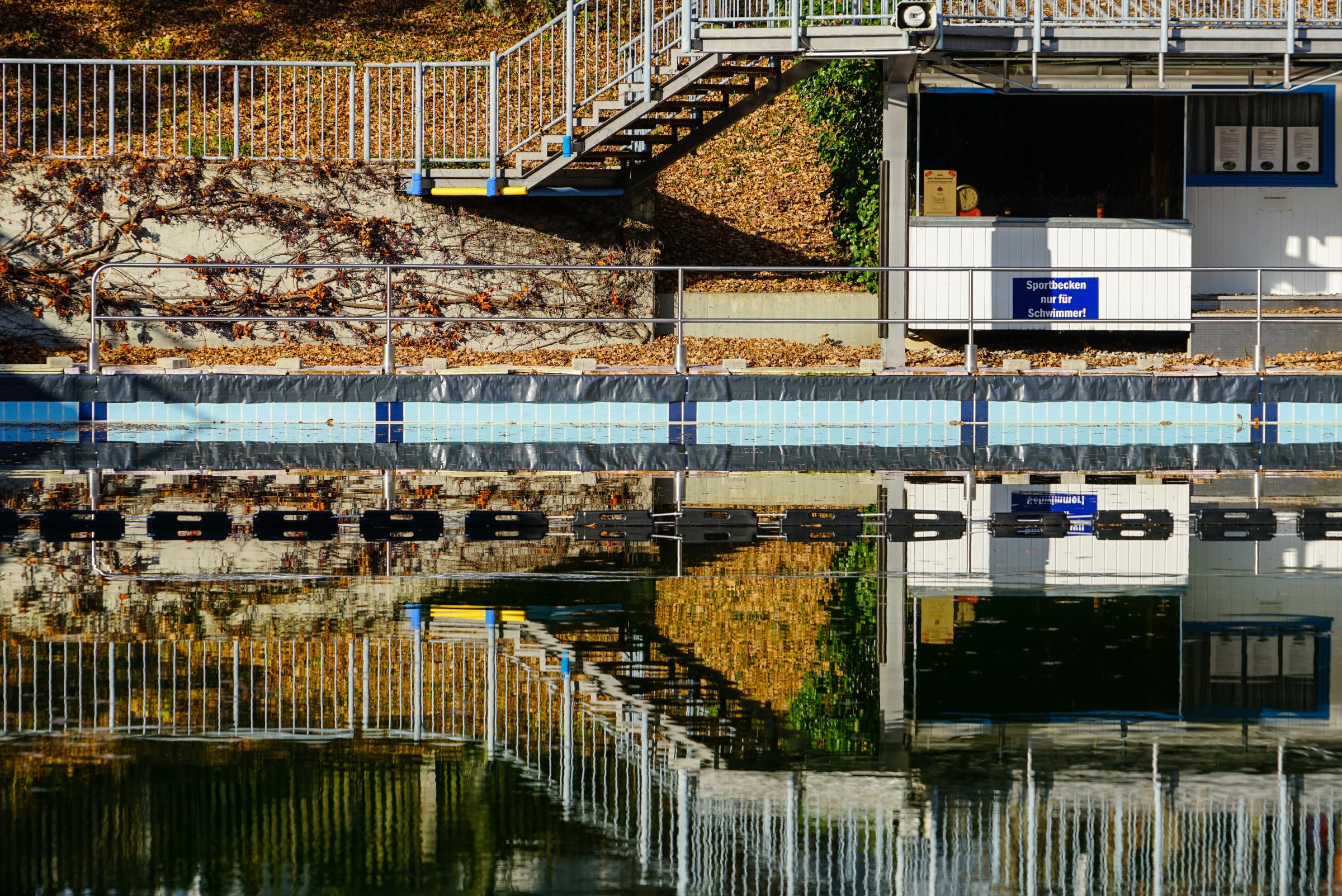 The first public bath in the entire Würm valley was built by the Roman at the beginning of the 2nd century A.D., not far from today's Gauting open-air bath. This thermal bath was used by residents and those traveling through with heated Würm water for cleaning and relaxation. Its foundations were excavated in 1936 together with remains of the Roman Gauting. 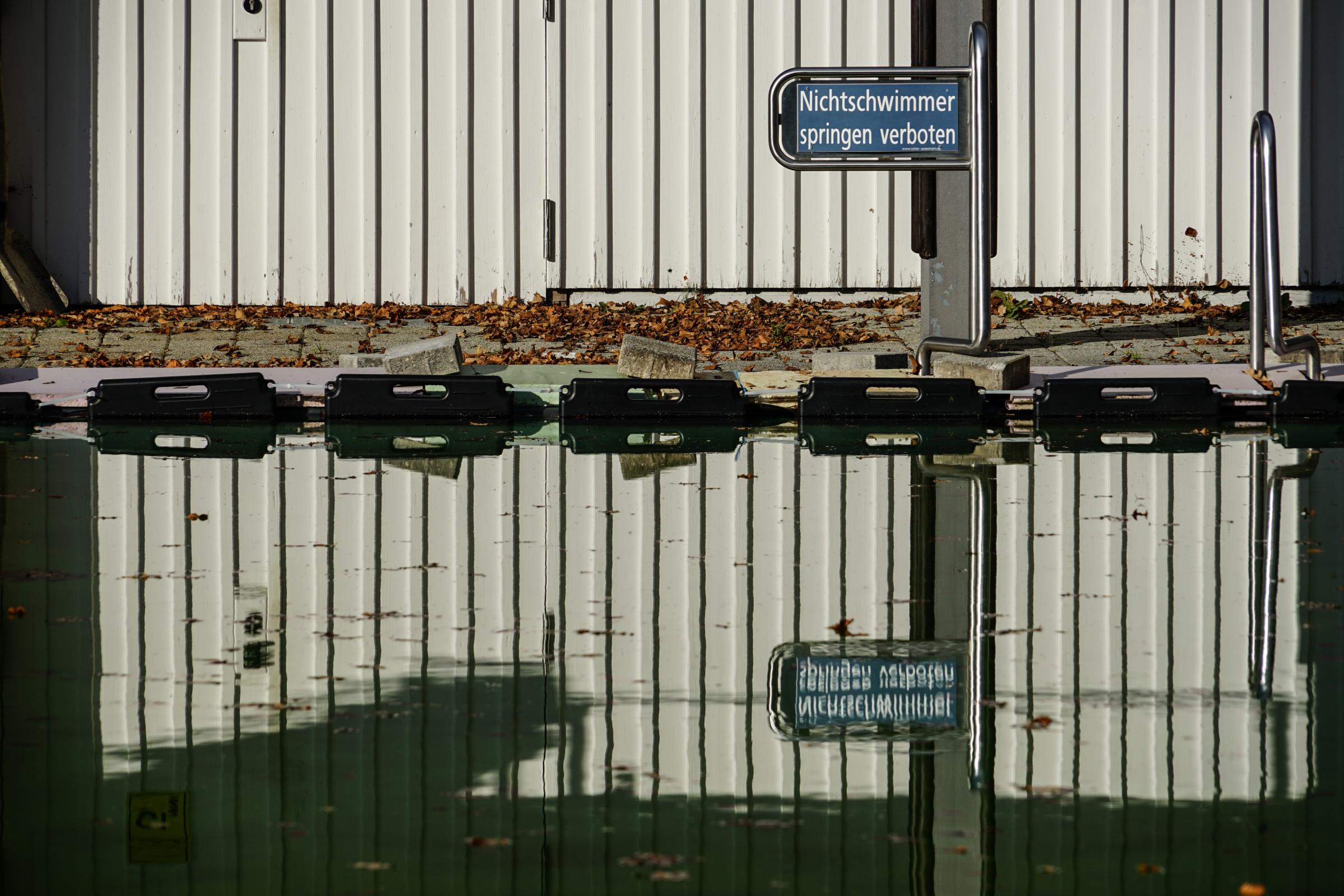 From the middle of the 15th century at the latest, there was a bathing parlor about 800m downstream in the center of Gauting, where one could clean oneself in a wooden bathing hut in large wooden tubs for a fee. The water for this was drawn from the Würm and probably heated with the help of hot stones. The operators also offered their clients various ancient medical treatments: they cupped the customers, put on leeches, and drained their veins. 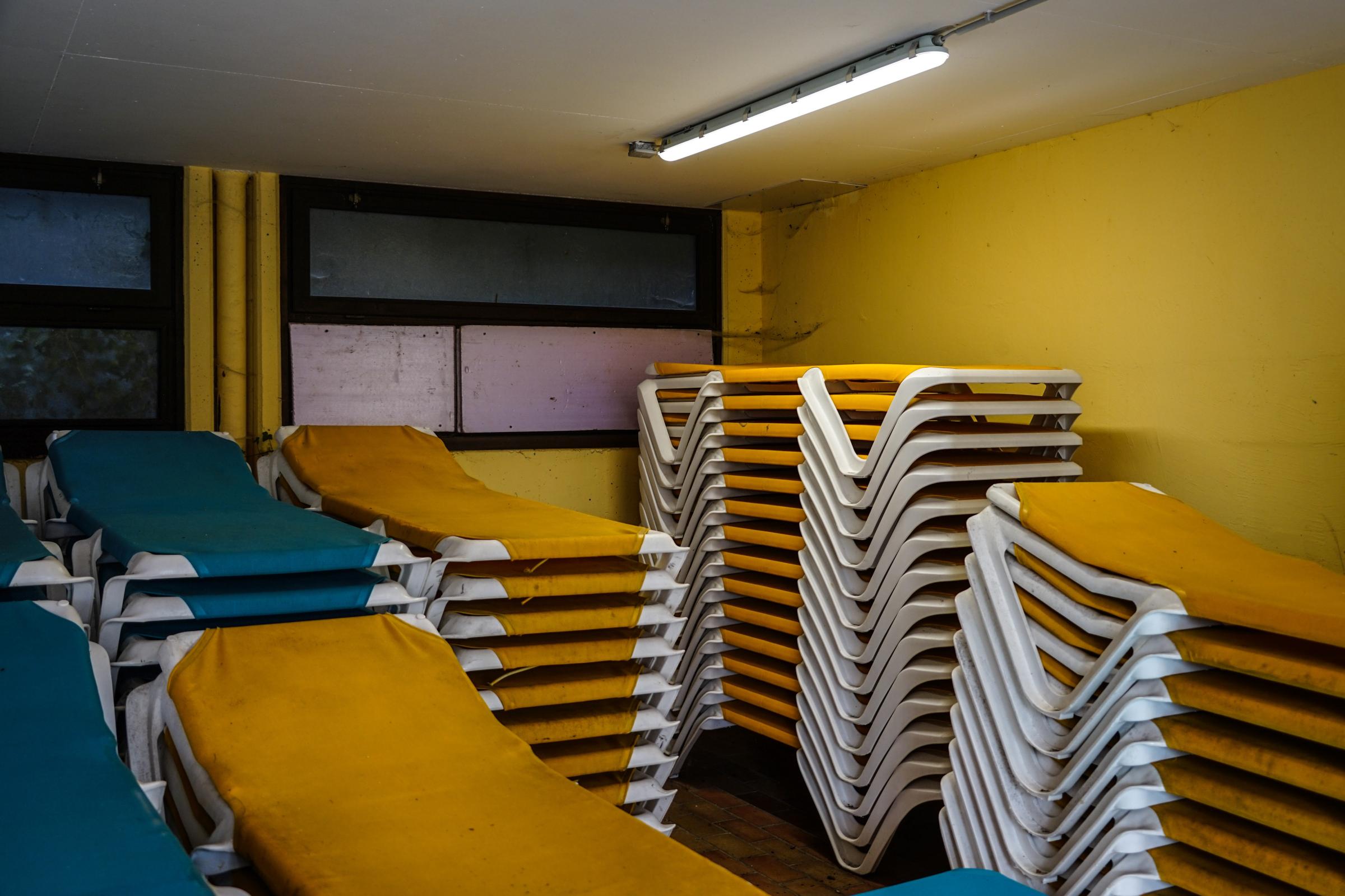 For internal refreshment in the summer heat, drinks were available at a small kiosk. To obtain a year-round license for serving drinks, the inn was moved to the new "Gasthaus Würmbad" on Gauting's main square around 1900. The bathing business was closed down in 1919. 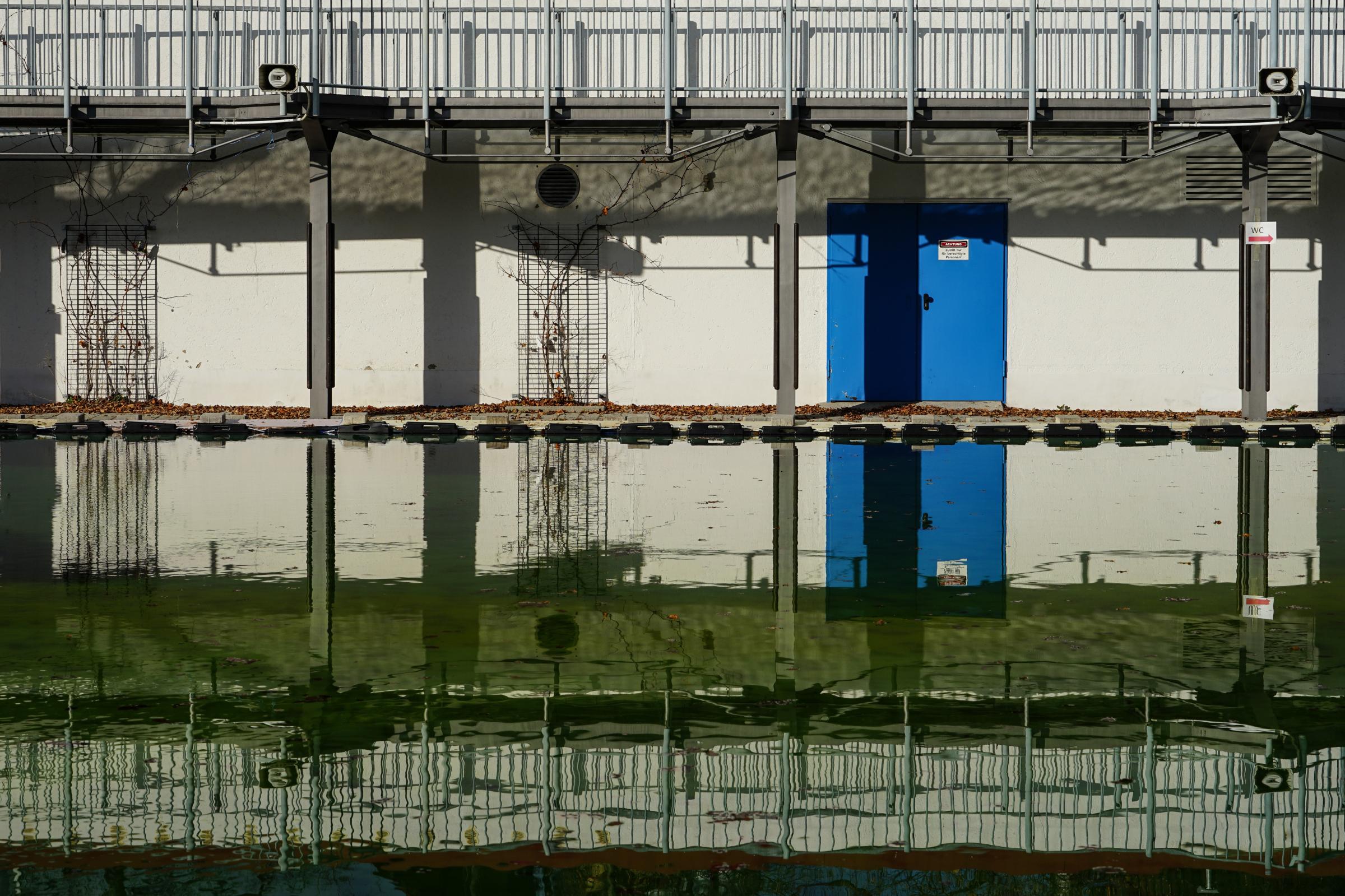 With the reform movements at the beginning of the 20th century, which propagated a new body culture, swimming and sunbathing also gained in importance. From the nearby big city, people flocked to the countryside and crowded the banks and the river. 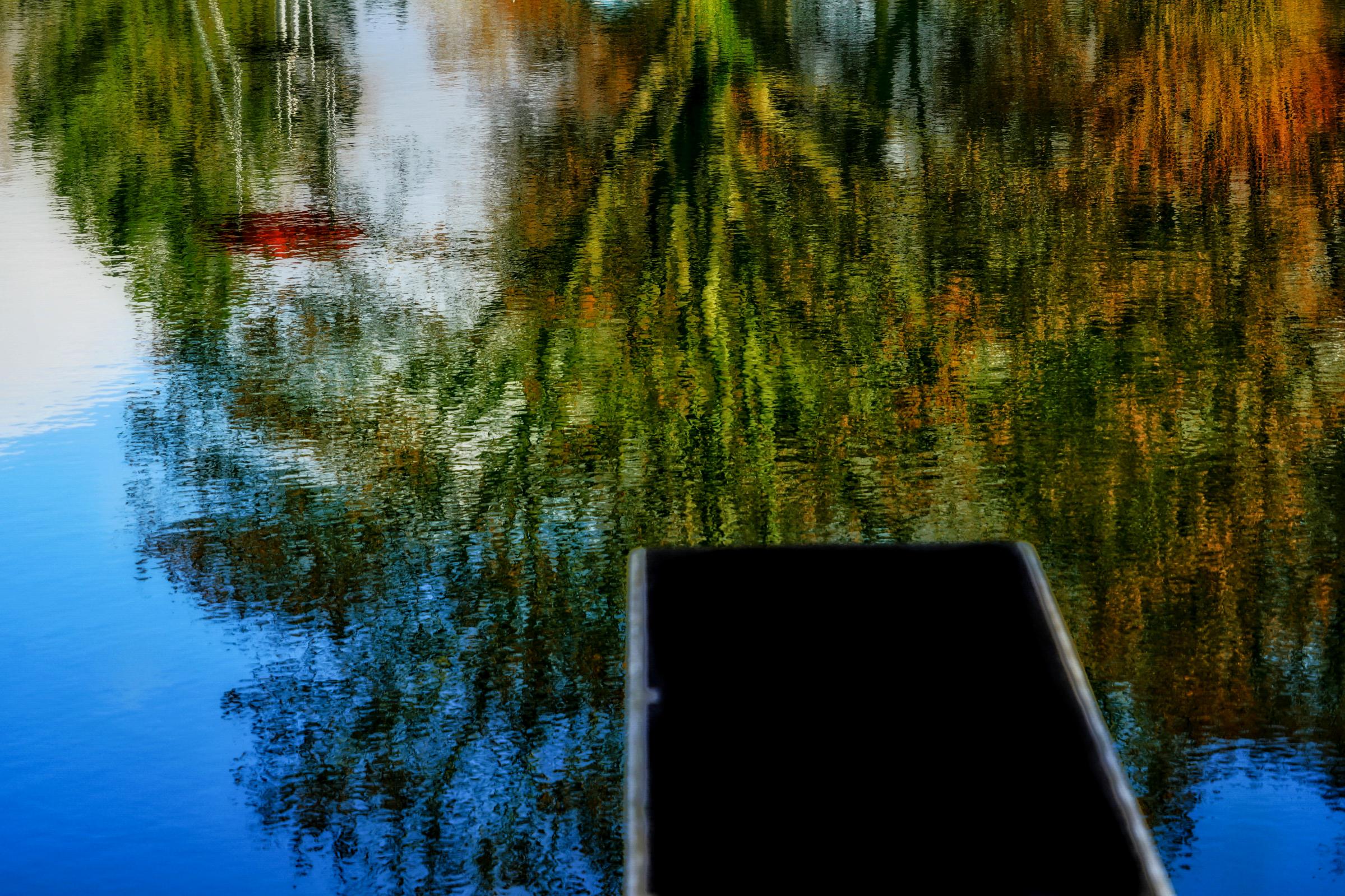 To stop the wild bathing and the destruction of the meadows, and under pressure from the local population, in 1926 the municipality built a modern open-air swimming pool with changing rooms, a cashier's booth, and a refreshment bar on the site of today's summer bath. Swimming took place in the Würm. 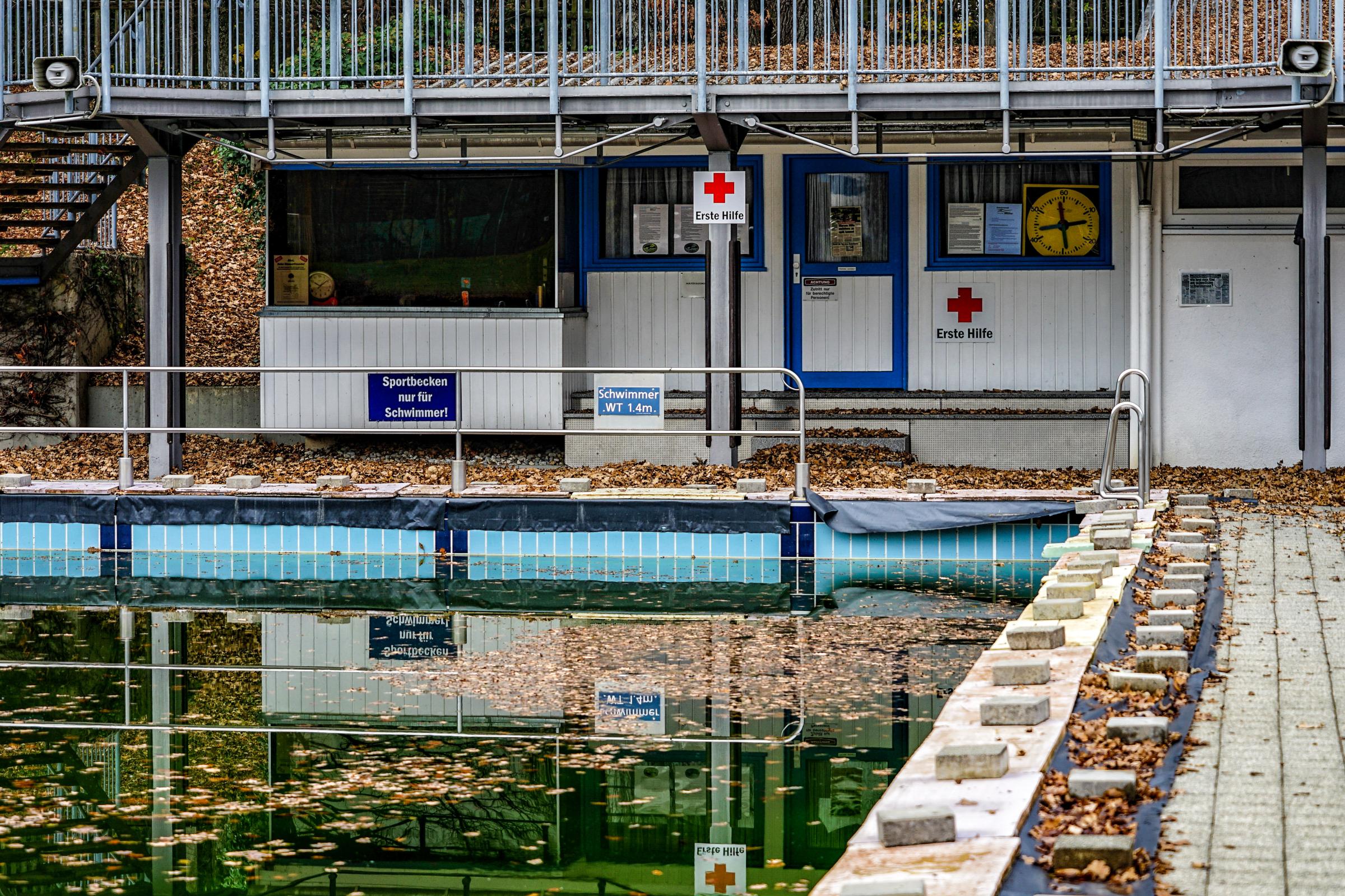 When the city of Starnberg built a city sewer system with purely mechanical treatment at the beginning of the 1960s and discharged the wastewater into the Würm, bathing operations had to be discontinued in 1963 due to the high degree of pollution of the water. Bathing was banned for the entire Würm valley. 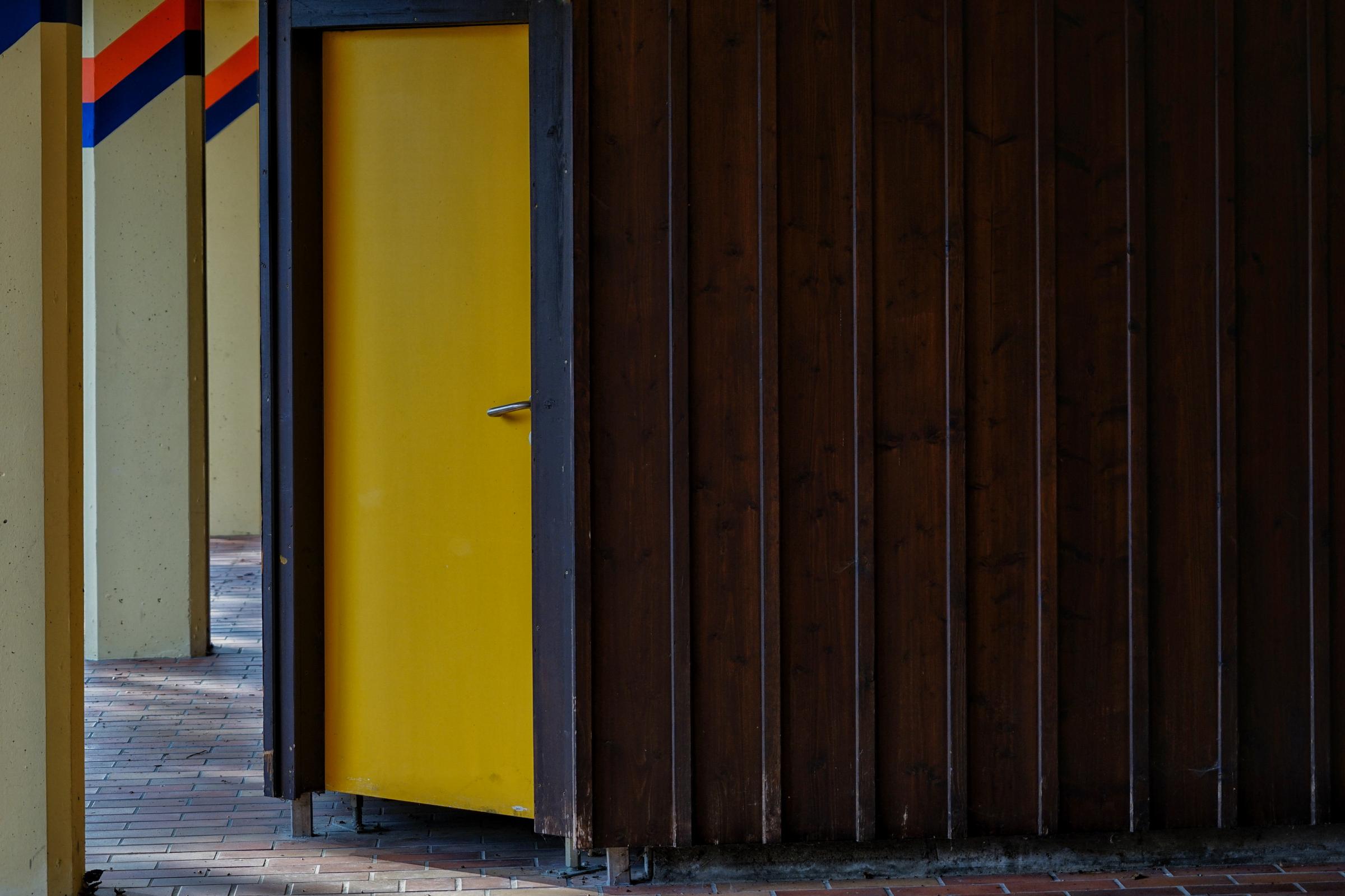 As a result, the Gauting municipal council decided to build an outdoor pool on the site of the previous municipal pool. At the end of 1964, the plans of the Munich architect Pupeter were approved. The municipality financed from its funds a 50m-sports pool with a diving bay, a non-swimmers' pool as well as a water treatment plant with 3 filters and 12 times water change. 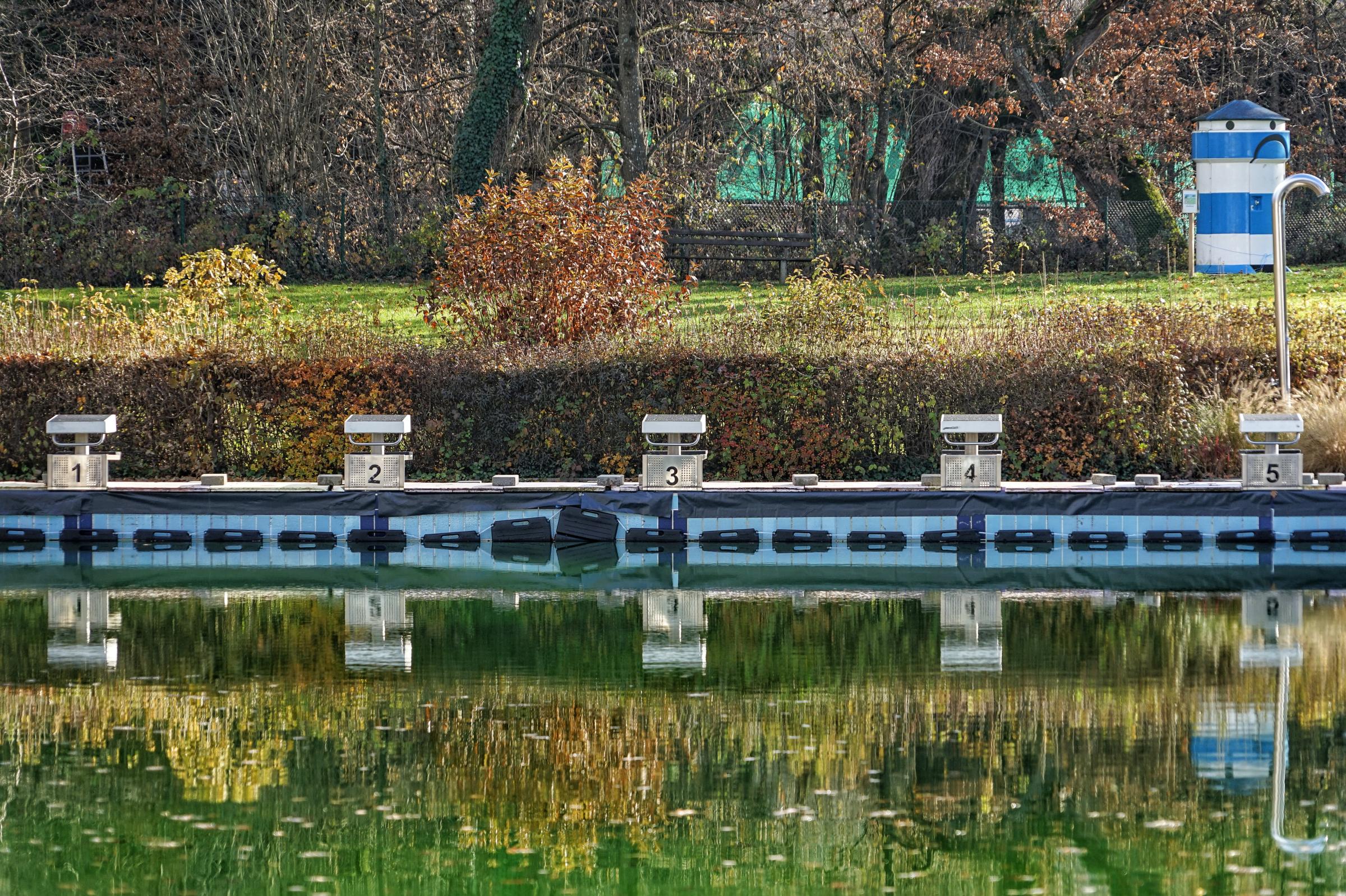 The cleanliness of the water was of particular concern to the local authority. The pools of this modern facility were filled from the local water supply. The festive inauguration on 25th June 1966 was rounded off by a program that did credit to a play and fun pool. 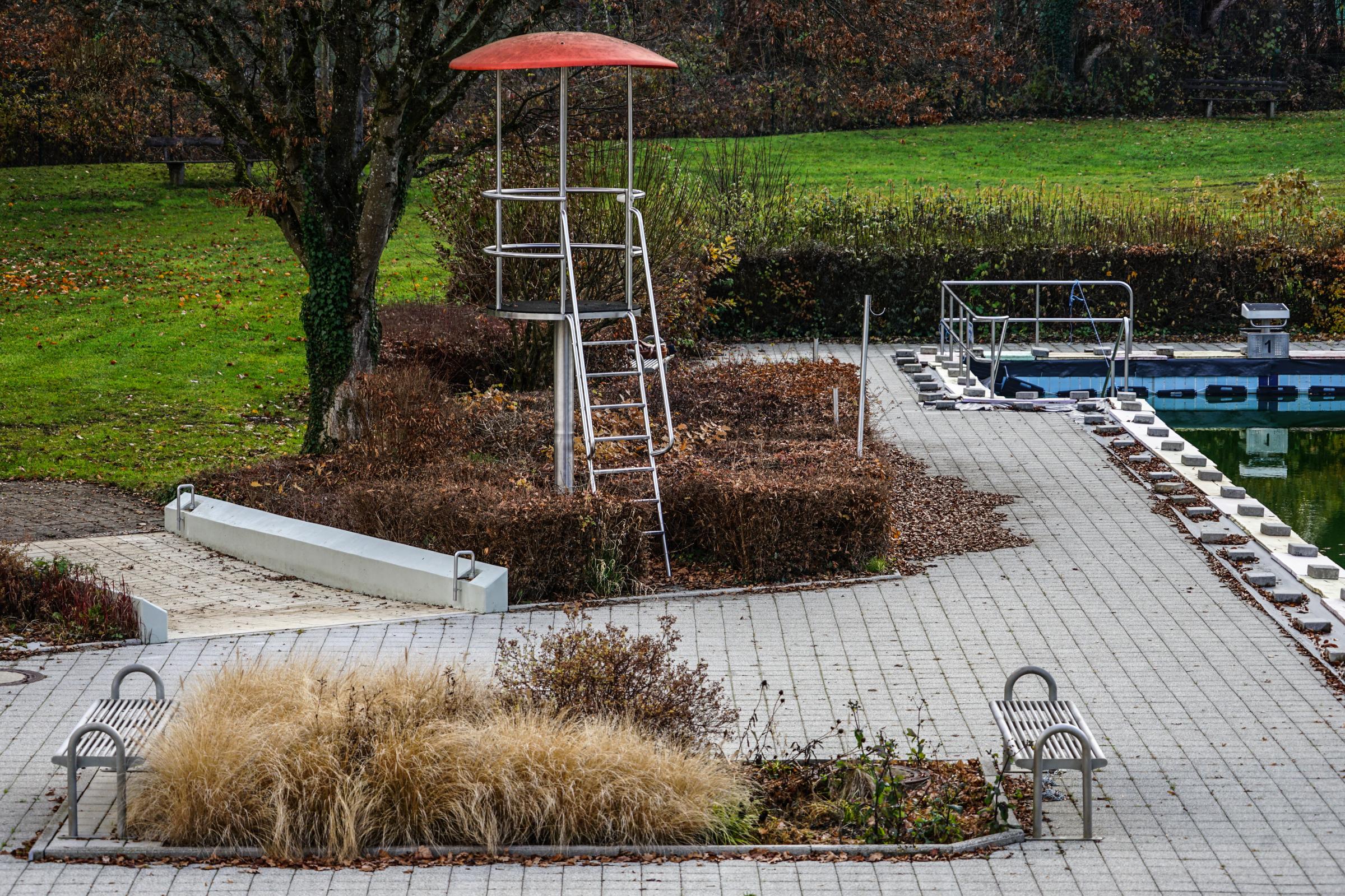 Around 1970, the planned Olympic Games in Munich were already casting their shadow. In their search for training facilities in the Munich area, the organizing committee quickly turned their attention to the new and modern open-air swimming pool in Gauting. 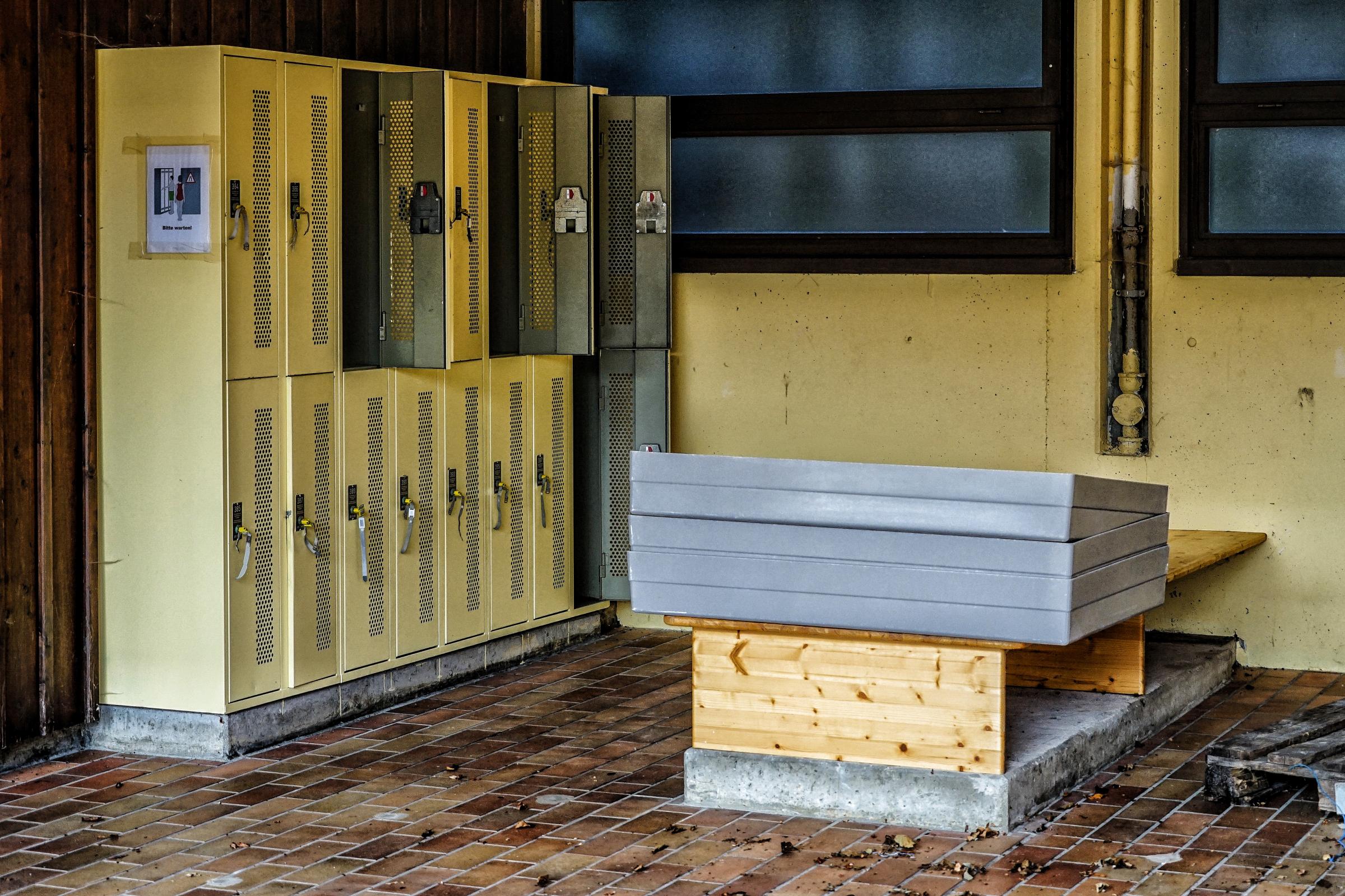 In August 1972, the pool was reserved exclusively for Olympic athletes. Mark ("the Shark") Spitz prepared for his 7 gold medals and world records in Gauting. 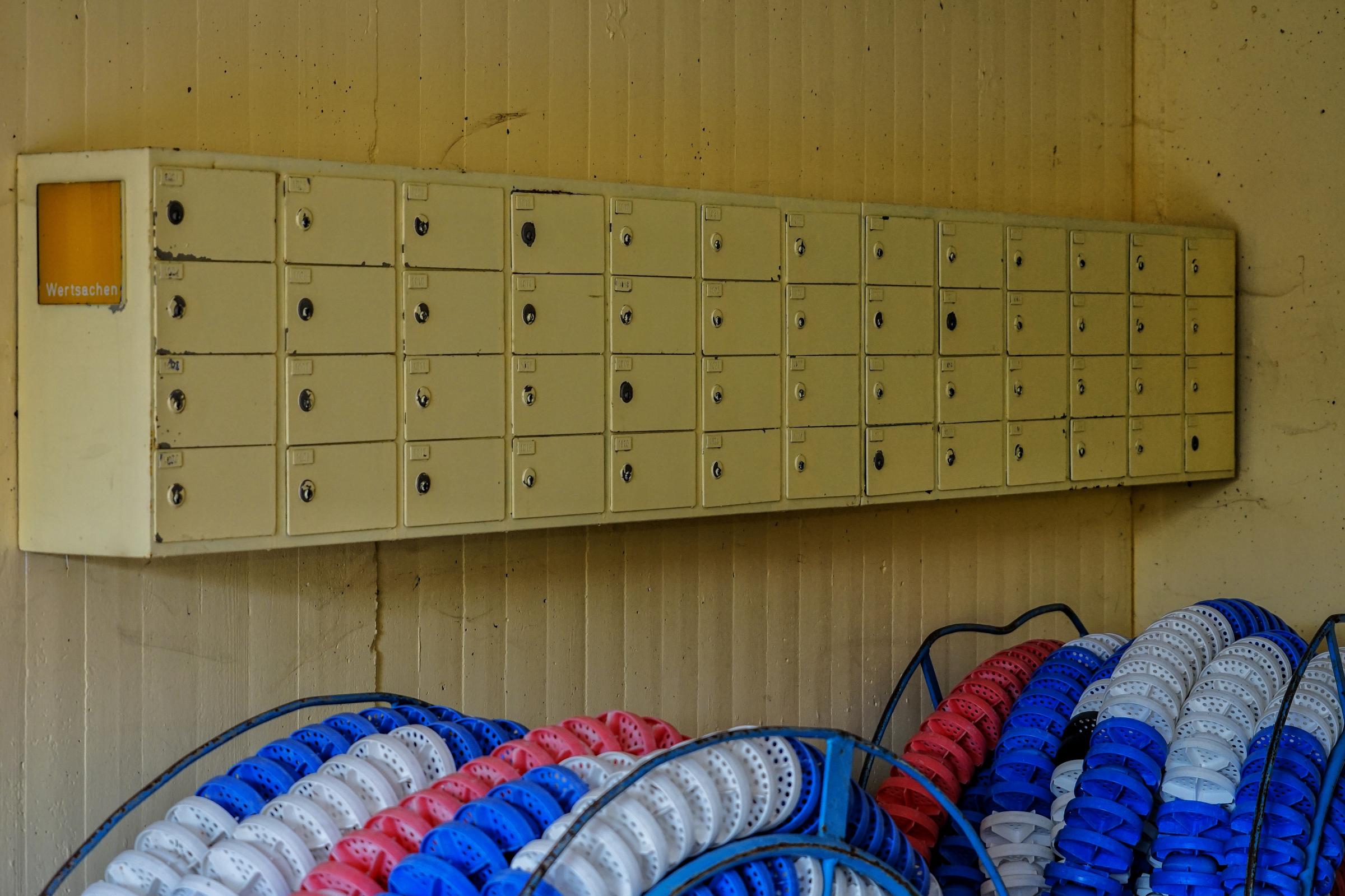 The restaurant, additional changing rooms and the cash desk area were newly built-in 1979/80, and 10 years later the interior of the pools with water inlet and overflow were renewed. The toddlers' paddling pool was added and the seating by the sports pool gave way to a whirlpool. 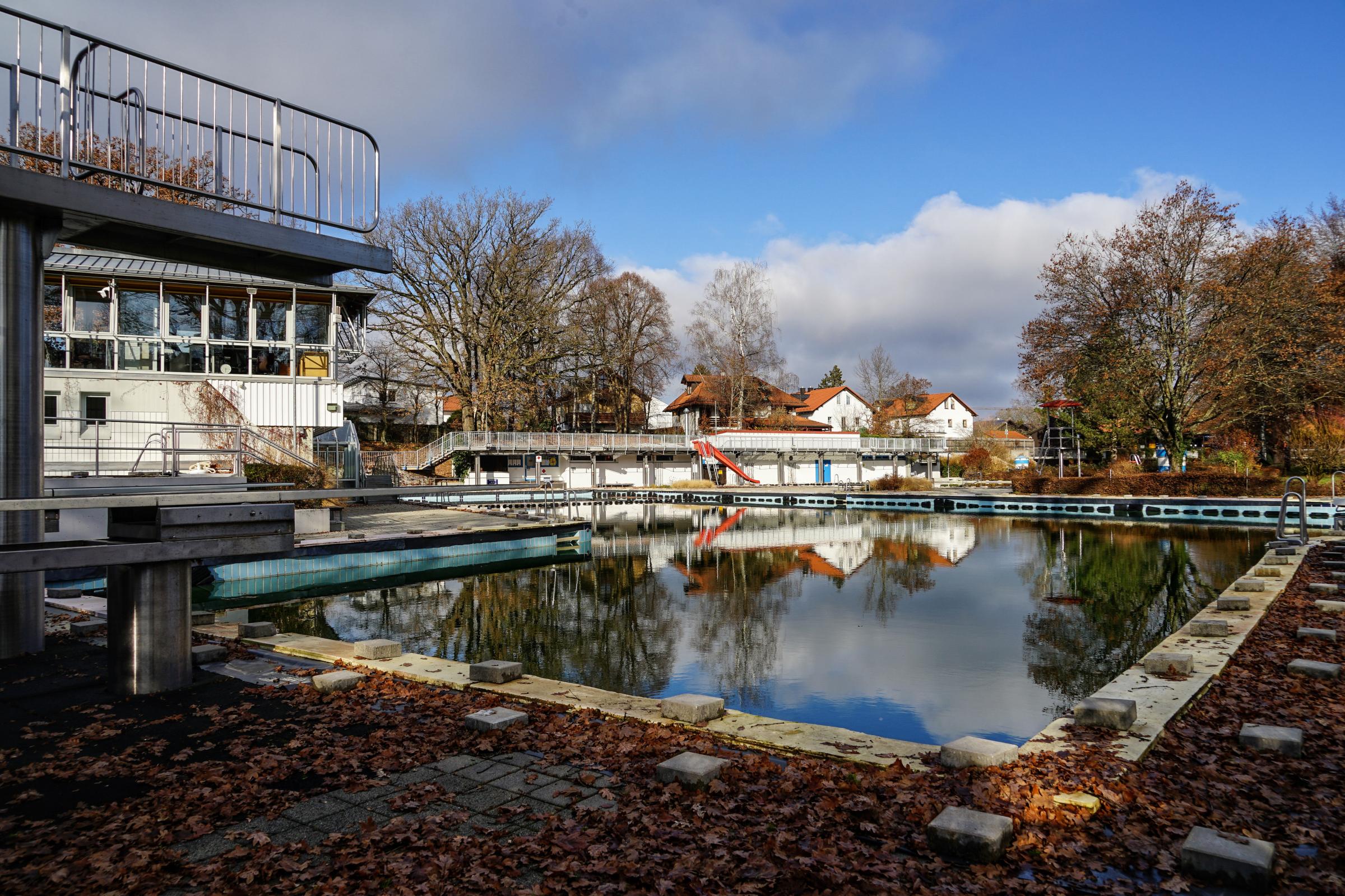 For more than 50 and 90 years, respectively, the bathing facility on the Würm has been offering leisure and recreational activities that are also popular beyond the municipal boundaries. 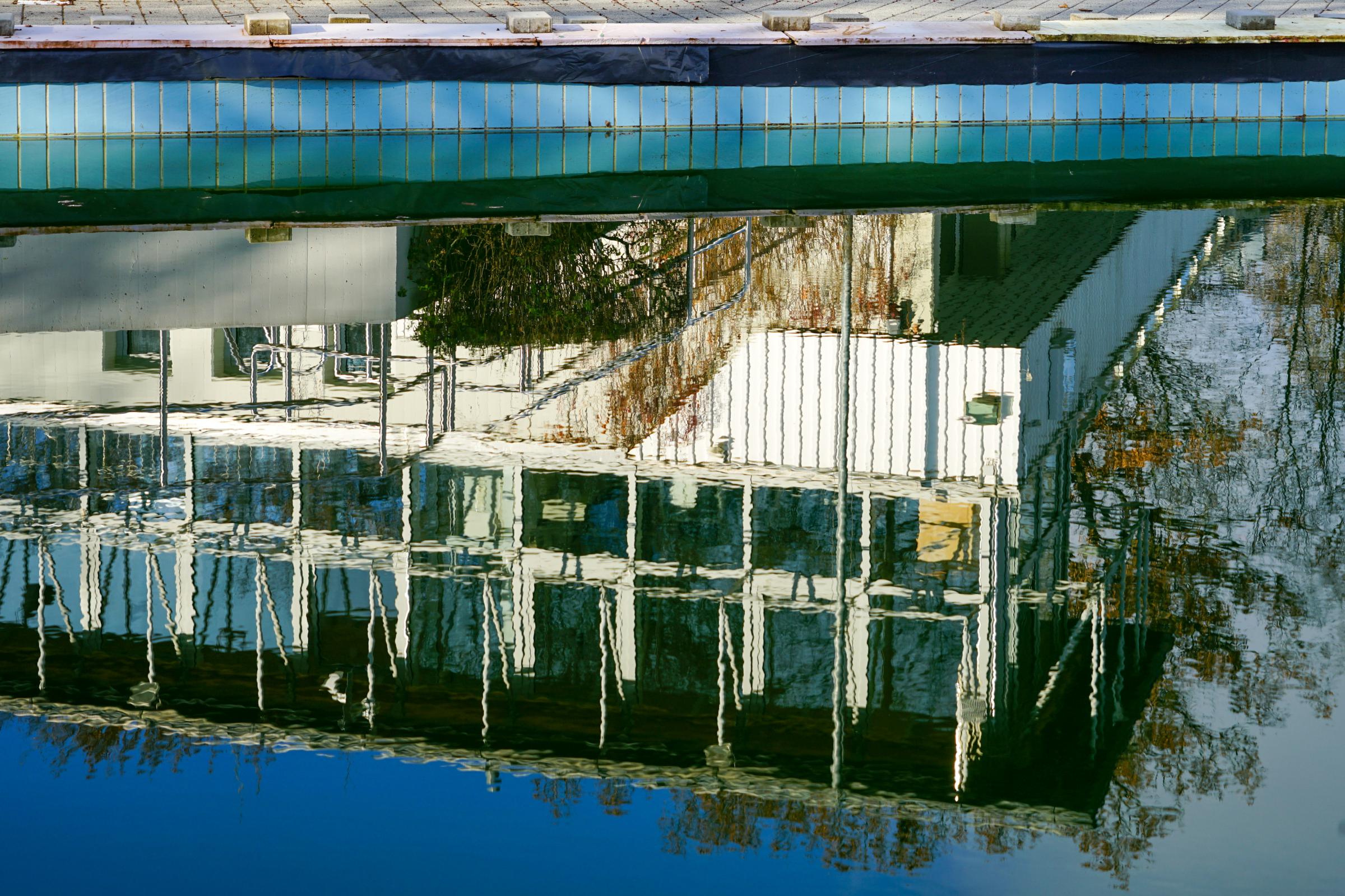 In 2022 Munich celebrates the 50th anniversary of the Olympic Games in Munich in 1972. This is the occasion to present the Gauting outdoor swimming pool which was reserved exclusively for the Olympic athletes in August 1972. Mark Spitz ("the shark") prepared in this pool for his 7 gold medals and world records.